Paush Purnima is an important day in the Hindu calendar. It marks the start of the one-month-long austerity period observed during Magha month. Magha month begins on the next day after Paush Purnima in the lunar calendar used in North India.

Paush Purnima is one of the most sacred and auspicious days for Hindus, falling on the full moon day of the Hindu month of Paush. On this day, a large number of people take holy dips in the sacred Yamuna and Ganga rivers. The day falls in either January or December according to the Gregorian calendar. On the eve of Paush Purnima, people from all over the country gather at Prayag Sangam to take the ceremonial bath. Paush Purnima Vrat and bathing rituals are thought to be extremely important because they help people purge their past and present sins and move one step closer to salvation (Moksha). 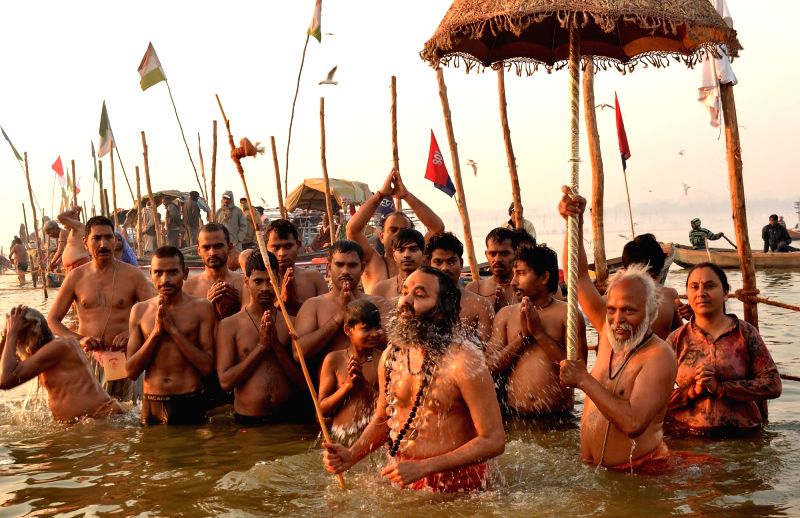 Throughout the month of Magha Mahina, people take early morning baths in the Ganga or the Yamuna. The harsh winter season in the north makes the period of austerity more difficult. Daily bathing begins on Paush Purnima and concludes on Magha Purnima. It is believed that all charitable work done during this time will be easily fructified. As a result, people give charity to those in need based on their ability.

On Paush Purnima, the holy dip at Dashashwamedh Ghat in Varanasi and Triveni Sangam in Prayag is considered highly auspicious and significant. The holy dip on the auspicious day of Paush Purnima is thought to free the soul from the never-ending cycle of birth and death.

Bathing is the most important ritual on Paush Purnima. Devotees get up very early and bathe in the sacred rivers at sunrise. They offer argya to the rising sun as well as other religious practices. Following the snan, devotees worship the 'Shiv lingam' with water and spend time in sadhna. On this day, devotees also observe the 'Satyanarayana' vratam and worship Lord Vishnu with zeal. They also fast and recite the katha of Satyanarayana. A special prasad is being prepared to be offered to the Lord. In the end, a 'aarti' is performed, after which the prasad is distributed to all. 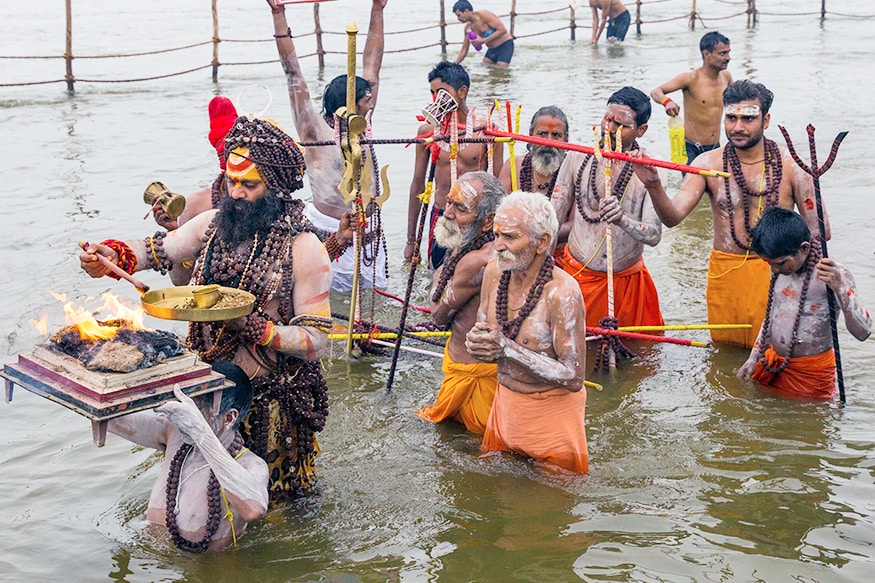 On the day of Paush Purnima, a special 'Pushyabhishek Yatra' is observed in Lord Krishna temples across India. On this day, lectures on the Ramayana and the Bhagwad Gita are also scheduled. Giving charity on Paush Purnima is also considered very auspicious. It is believed that charity done on this day is easily fructified. As part of 'anna daan,' free meals are served to the needy in temples and ashrams.

1. On this day, people take a holy bath in the early morning on the banks of sacred rivers.
2. Following that, they observe a Paush Purnima Vrat by refraining from eating and drinking.
3. Devotees then perform Vishnu Puja in temples or at their homes/places of work.
4. After the Vishnu Puja, devotees recite Satyanarayan Katha.
5. Individuals then provide food and clothing to those in need.