Chaturthi Tithi is associated with Lord Ganesha, the son of Lord Shiva and Goddess Parvati, according to Hindu scriptures. The Hindu Calendar has two Chaturthi Tithis (fourth days) in each lunar month: Vinayaka Chaturthi and Sankashti Chaturthi. Vinayaka Chaturthi occurs after the new moon or Amavasya during Shukla Paksha in a lunar month, whereas Sankashti Chaturthi occurs every month after the full moon or Purnima during Krishna Paksha. Lord Ganesha represents wealth, wisdom, and good fortune. He is revered as the remover of obstacles as well as the lord of learning.

While a fast is observed every month for Vinayaka Chaturthi, the most important Vinayak Chaturthi falls in the month of Bhadrapada and is known as Ganesha Chaturthi. The festival of Ganesh Chaturthi, which commemorates Lord Ganesha's birth, is widely celebrated throughout India. At the end of the 10-day festival, devotees march with fanfare to immerse Lord Ganesha's idols. The idols are placed (sthapna) in pandals or homes where the Ganesh Chaturthi puja is performed.

Offer Monthly Vinayak Chaturthi at Siddhivinayak Temple by booking Online on Utsav and get prasad delivered to your home! 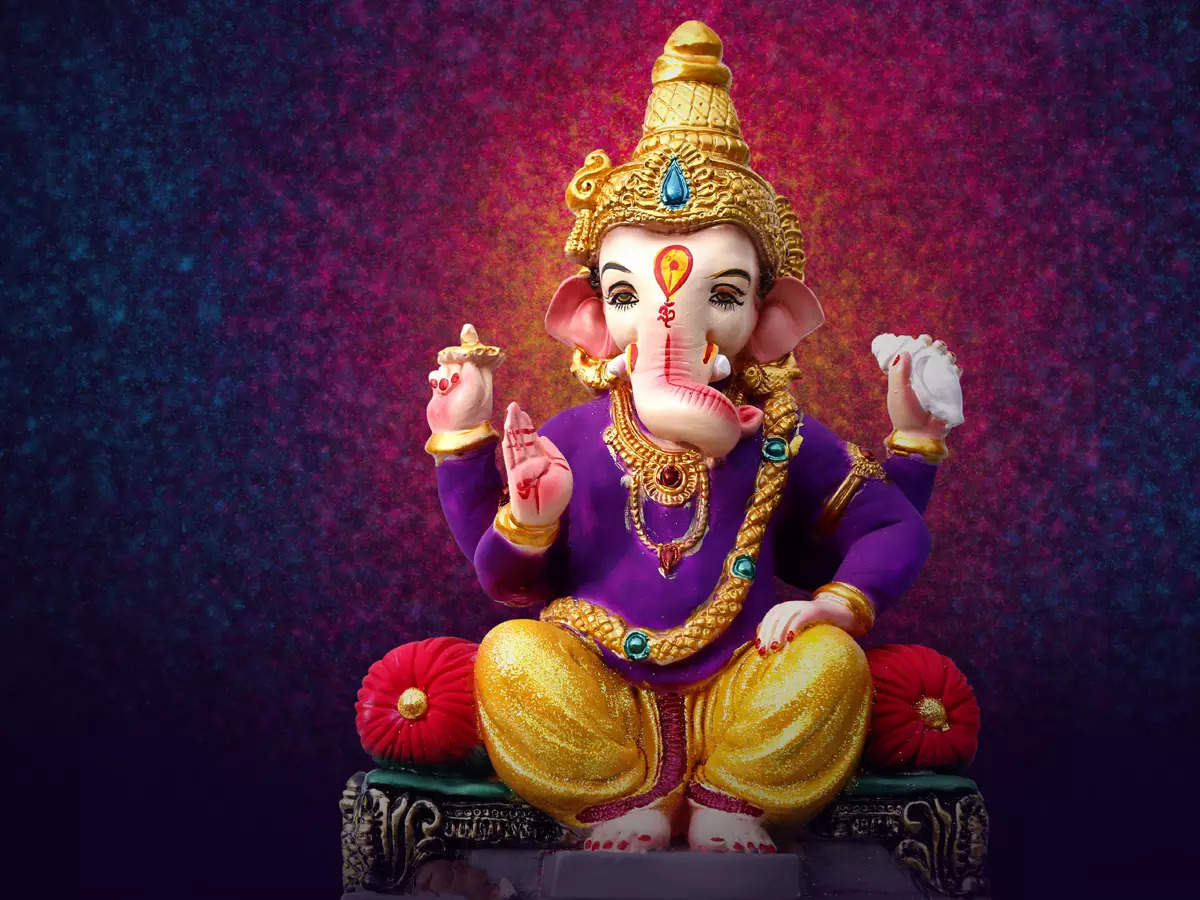 Lord Shiva and Parvati have a younger son named Ganesha. There are several origin stories for him, but the two that are most frequently told are as follows:
First-hand accounts claim that Parvati made Lord Ganesha from dirt taken from her body in order to protect her without Shiva. As she took a bath, she assigned him the duty of watching her bathroom door. Ganesha, who didn't recognize Shiva in the interim, halted Shiva as he was making his way home. As a result of their argument, Shiva was enraged by this and severed Ganesha's head. In response to Lord Shiva's pledge to bring Ganesha back to life, Parvati was furious when she learned of this. When the devas were ordered to look for a child's head facing north, they only found an elephant's head. Ganesha was created as a result of Shiva fitting an elephant's head onto a child.
In accordance with another widely accepted myth, the Devas asked Shiva and Parvati to produce Ganesha so that he may serve as an obstacle-maker for rakshasas (demons) and an obstacle-averter for the Devas.

According to Hindu Mythology, Lord Ganesha is believed as Pratham Pujya, the god who is worshipped first before any other God who removes all the obstacles from life. A huge number of devotees observe fasts and prayers on this day to please Ganesha. It is observed to remove all the malefic effects from one’s life. People who are facing problems in their lives must observe this fast and offer modak, laddos, and clothes to Lord Ganesha.

1. The devotees must wake up very early in the morning, take a holy bath and purify themselves.
2. They must place an idol of Lord Ganesha,light up a diya with Desi Ghee, offer yellow flowers garlands, green grass(Durva grass), Ganesha’s favourite herb.
3. Laddoo, modak and sweets are offered as well.
4. They must chant the Ganesha Mantra.
5. They must perform the Vinayaka Arati
6. They should observe fast, if not possible, should observe abhishek Panchamrit to Lord(Milk, Sugar, Honey, Curd, Ghee).