Baba Basukinath Dham | History | Culture and Heritage | How to Visit

The Dumka District of Jharkhand is home to Basukinath. About 25 kilometres northwest of Dumka, it is located on the Deoghar–Dumka state route. For Hindus, it is a holy site. This place's main draw is Basukinath Temple. The nearest railheads are Jamtara Railway Station and Jasidih Junction Railway Station. Airport in Ranchi is the closest. It is located 24 kilometres from the Dumka district headquarters at Jarmundi Block on the Dumka Deoghar State Highway. Many thousands of people gather here each year to worship Lord Shiva, coming from all around the country. People from many countries visit this location to worship Lord Shiva during the month of Shravan.The second most well-known Temple in and near Deoghar is Basukinath Dham. It is about halfway between Deoghar and Dumka. 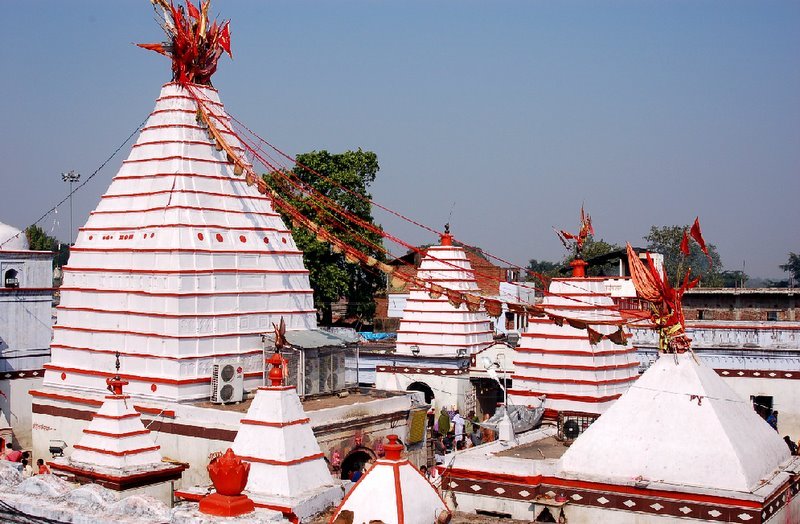 According to legend, Baba Bhole Nath's court is located in the Basukinath temple. The Shiv and Parvati temples are right in front of one another in Basukinath Dham. The devotees are advised to avoid standing in front of the gates in the evening when the gates of both temples are opened since it is thought that Lord Shiva and Mata Parvati meet at this time. One of the most ancient temples is Basukinath. Within the same complex, there are numerous additional minor temples dedicated to various Gods and Goddesses.This temple is around 150 years old. This temple was built by Basaki Tatme, a tribal in 1596.

Numerous lore has grown up around the temple, and it is thought that these tales represent the founding of the Lord Shiva temple that is still in existence today. According to legend, Lord Vasuki, a serpent-headed deity, offered sacrifices to the Shiva Lingam during the Sagar Manthan. For a very long time, it was also thought that the Shiva Lingam was bathed in milk by Nagas (snakes of various types), which is how the shrine got its name, Baba Basukinath Dham. It is thought that in 1596 the temple was founded.Legend has it that Lord Shiva's court is located at the Basukinath temple.

The Lord pays attention to his followers who respectfully and sincerely go to the Dham. This mythology is closely related to the Kanwariya ceremony that is practised in Shravan. At Ajgaivinath Mahadev in Deoghar and at Baba Dham, pilgrims offer holy water from the Ganges in earthen pots that they carry. They must then march to the Baba Basukinath Dham to perform a "abhishek" on the Shiva Linga. It is thought that during this rite, Lord Maheshwar hears the petitions of His followers, decides their issues, and grants them peace. 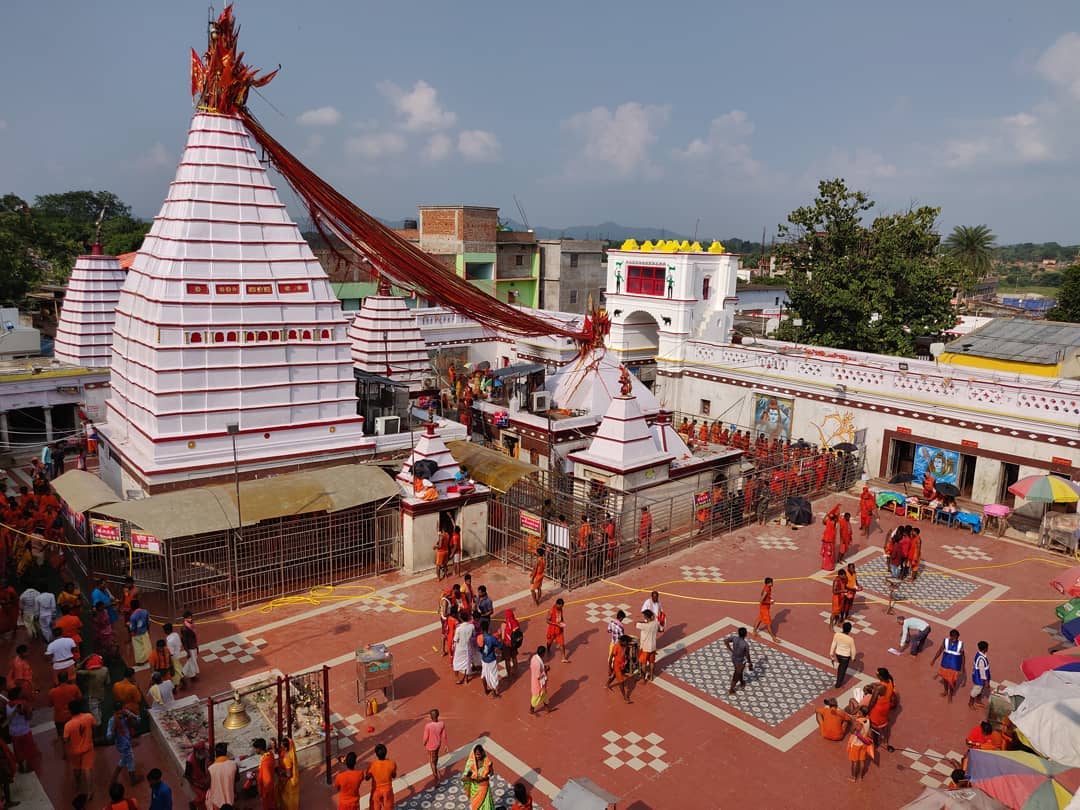 It is thought that Baba Bhole Nath's court is located in the Basukinath Temple. Here, temples dedicated to Lord Shiva and Goddess Parvati have been built, facing one another. Devotees are urged to step away from the gates during the opening of the gates since it is thought that Lord Shiva and Goddess Parvati meet during this time.

Among Jharkhand's oldest temples is the Basukinath Temple. Numerous secondary temples, built all across the campus and dedicated to various Hindu deities, are built in addition to the main temple. The temples are made of white marble and were erected in the style of the traditional temples in the Jharkhand region, which have a lotus-shaped dome. Van Ganga is the name of a pond that is close to the temple. Before receiving Lord Shiva's divine blessing, pilgrims take a bath in this sacred pond.

The 100-year-old rich history, music, art, religion, food, and people showcase the real spirit of Jharkhand's culture. This brand-new Indian state, which was largely formed from Bihar, had Ranchi as its capital. In this eastern state of India, there are numerous pilgrimages. Visitors from all over the nation and the world go to this stunning state to see the shrines of their chosen religions. Jharkhand is home to numerous lovely spots to visit, including Netarhat, Deoghar, Ranchi, Dhanbad, Sahebganj, Maithon, Massanjore, and others, in addition to its temples, churches, and mosques.

Famous festivals all over the year:

One of the most significant rites for followers of Lord Shiva is the Kanwariya Yatra. Thousands of visitors to the temple walk to Ajgaibinath Mahadev in Deoghar carrying Ganga jal (river water) to pour on the Shiva Linga there. Additionally, they stroll over to the neighbouring Baba Dham Temple in Deoghar to do the customs associated with presenting Lord Shiva Ganga Water. This is how the Kanwariya Yatra is observed throughout the Shravan month: first, Lord Maheshwar's followers arrive at Baba Basukinath and pour water on the Shiva Linga there.The encounter between Mata Parvati and Lord Shiva during the sunset aarti is yet another important rite of the Baba Basukinath Dham.Shiv ji and Mata Parvati each have a temple that is right next to the other. Devotees are advised to leave the gates of both temples during the evening aarti when the temple gates are opened since it is long believed that during this time, the two deities meet.

According to the English calendar, July or August is the best month to visit here. This is also “Shravan Month”. As we know “Shravani Mela” or “Kanwariya Yatra”, which is the most important festival here takes place during this time, so it is the ideal time to visit here.

Places to Visit Nearby:

Best Places to Stay Nearby:

The closest hotel to the temple is OYO Golden Park Inn which is only 880 m from the temple.It is a good place to stay but the price is a bit high here. One can go for more affordable options like Hotel Baidyanath, Dhanraj Residency, Yashoda International. Although the best place which is very close yet extremely affordable is Hotel Basuki Vihar, Infront of State Bank of India, Basukinath.

Other important Places nearby:

Here are some important details regarding the temple.

Following are the times for darshan at the Baba Basukinath Temple.

Although there are no restrictions applied on Dress Code, traditional clothes are generally suggested.

The Dumka District of Jharkhand is where Basukinath is situated. It is around 25 kilometres to the northwest of Dumka on the Deoghar–Dumka state route.
Basukinath Mandir Rd, Basukinath, Jharkhand 814118