Baglamukhi Mata Temple Nalkheda : History and Significance | How to Travel

In the Indian state of Madhya Pradesh, in the town of Nalkheda in the Agar Malwa district, is the Bagalamukhi Temple, Nalkheda, which is situated on the banks of the Lakhundar River, a tributary of the Narmada River. It is devoted to the Hindu deity Bagalamukhi, one of the ten Mahavidyas and a goddess.

During the Navratri festival, a large number of worshippers flock to the well-known Goddess Baglamukhi temple in Nalkheda, which is located on the banks of the river Lakhundar. Maharaja Yudhishthira built the shrine as directed by Lord Krishna to win the Mahabharata. learn unique information about the Baglamukhi Temple. 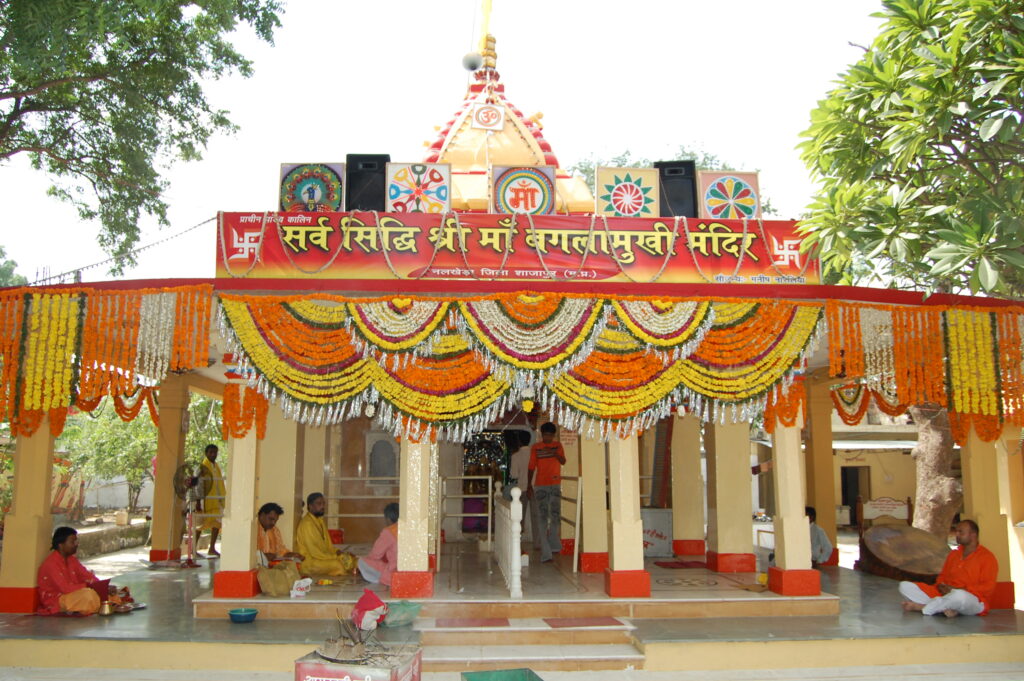 There there was a village called "Bhagwat" in antiquity. Another name for it was Vishwa Shaktipeeth. The devotees who worship Goddess Baglamukhi gain prosperity, wisdom, and power. About 35 kilometers from the administrative center of the Malwa district of Agar, the Mahakaleshwar temple of Ujjain is located in an eastern direction on the banks of the Lakhundar river near Nalkheda. After paying respect to the Goddess, the Pandavas received the blessing of victory.

It is thought that Lord Krishna instructed the Pandavas to visit this Maa Baglamukhi shrine when they were in difficulties during the Mahabharata era. The "Triguna Shakti Swaroopa" was worshipped by the Pandavas, who thereafter overcame their issues and reclaimed their exiled kingdom. According to ancient Hindu sources, Lord Brahma personally placed the temple's foundations. In this temple, Trishakti is revered. Dhandayini Mahalakshmi is positioned on the right side of "Siddhidatri Goddess Baglamukhi," while Vidyadayini Mahasaraswati is positioned on the left.

Maa Baglamukhi is purportedly exclusively venerated in three locations worldwide. One is in Nalkheda, the other two are in Madhya Pradesh's Datia. While Maa Baglamukhi is revered as Pitambar in Nalkheda, it is thought that Sri Sri 1008 Aadya Shankaracharya founded the idol of the goddess in Nepal and MP.

There is no historical proof that Maa Baglamukhi's miraculous idol was ever built. The idol is said to be oneself incarnated. Only yellow-colored materials are supplied here and this idol of Maa Baglamukhi is in Pitambar form. Yellow chunri, yellow flowers, yellow prasad, and so forth. 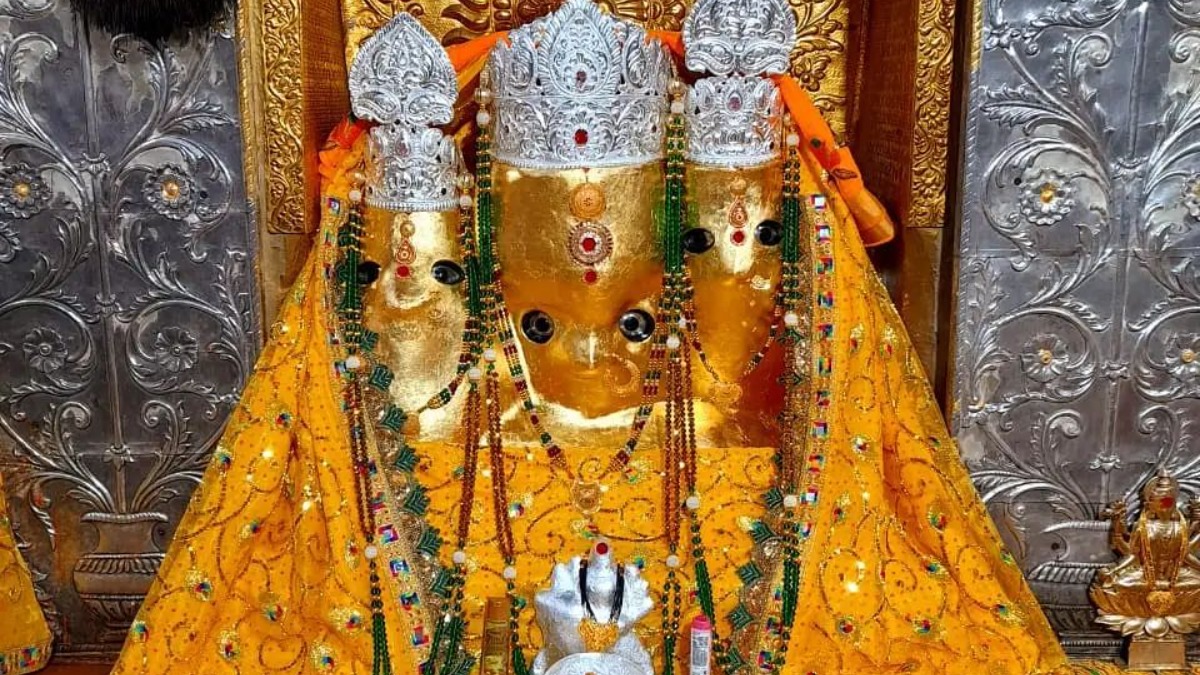 On the back wall of this temple, a swastika is also made as a ritual for wish fulfillment. On the grounds of the temple, there is a Havan Kund. Performing Havan during Navratri has a specific meaning. To grant their desires, this havan uses ingredients like yellow mustard, turmeric, lotus gutta, sesame, barley, ghee, and coconut. According to legend, increasing your chances of success by performing Havan in this temple.

Three faces are on the god that is worshipped here. She also goes by the name Trishakti Mata. The shrine, which is a significant Tantric place of worship, is located beside the Lakhundar River. Bhairava, Hanuman, Sri Krishna, Goddess Lakshmi, and Goddess Saraswati are among the auxiliary deities revered in the temple. People perform yajna, havan, and pujas here for success and wish fulfillment. In 1815, the current temple underwent renovation. The Baglamukhi Jayanti, which is celebrated in the month of Vaishakh, is the most significant day in the temple. Navratri is a significant event that is also observed here.