How did Lord Ganesha get his elephant head?

Lord Ganesha is well-known for his ability to eliminate obstructions. As a result, many Hindus worship him before embarking on any big effort, such as business, marriage, or childbirth. He is prayed to by aspiring transcendentalists all around the world because, more significantly, he eliminates barriers on the soul's spiritual journey. 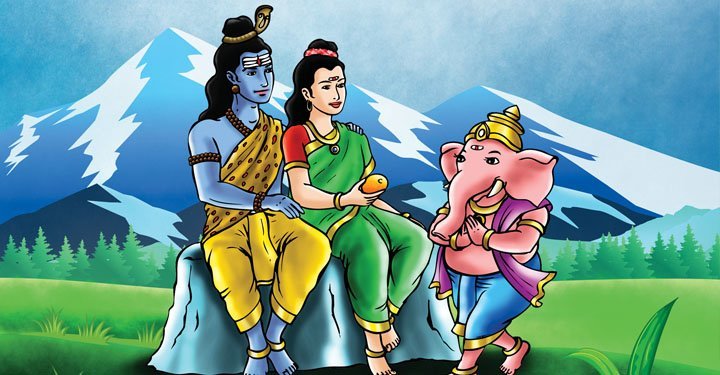 Lord Ganesha is also regarded for being the guardian of esoteric knowledge. As a result, it's no wonder that he's regarded as astrology's reigning deity. Vedic science practitioners pray to him, thinking he has a deep comprehension of how the planets affect each soul's karma and fate.

Ganesha is one of the most highly venerated and lovable deities in Vedic culture, possibly best known for having an elephant's head. So, how did Lord Ganesha get his elephant head?

Goddess Parvati was at home on Mt. Kailash one day, getting ready for a bath. She commanded Nandi, her husband Shiva's Bull, to guard the door and not allow anybody through since she didn't want to be bothered. Nandi dutifully assumed his position, seeking to fulfill Parvati's wishes. But, because Nandi was devoted to Shiva first, she had to let Shiva through when he returned home and naturally wanted to enter inside. Parvati was enraged by this disrespect, but much more so by the fact that she lacked a companion as devoted to Her as Nandi was to Shiva. So she made Ganesha, pronouncing him to be her own faithful son, by removing the turmeric paste (for washing) from her body and breathing life into it.

Parvati put Ganesha on watch duty at the entrance the next time she needed to bathe. When Shiva returned home, he was greeted by this weird youngster who told him he couldn't enter his own home! Shiva was enraged and sent his army to kill the youngster, but they all failed! Being the son of Devi, Ganesha had enormous power.

Shiva was taken aback. When Shiva saw that this was no ordinary youngster, he resolved to attack him, and in his holy rage, he severed Ganesha's head, killing him instantaneously. Parvati was so outraged and offended when she learnt of this that she intended to destroy the entire Creation! Lord Brahma, as the Creator, was incensed by this and begged her to reconsider her radical plan. She agreed, but only if two conditions were met: first, Ganesha had to be brought back to life, and second, he had to be adored above all other gods forever.

Shiva had calmed down at this point and realised his error, so he agreed to Parvati's terms. He dispatched Brahma forth with instructions to bring back the head of the first creature he encounters that is lying with its head to the north. Brahma reappeared shortly after, bearing the head of a mighty elephant, which Shiva put on Ganesha's body. Infusing fresh life into him, he declared Ganesha to be his own son and bestowed upon him the title of Ganapati, the most powerful of the gods and the leader of all the ganas (classes of creatures).

Many see the union of Ganesha’s body and elephant head as a representation of how the spirit should live in harmony with nature. His large elephant head is also an embodiment of wisdom and understanding.