The Kamakhya Temple in Assam is one of India's most revered Shakti Peethas, and is considered one of the Shakti Peethas associated with the Shiva and Daksha Yagna legend. The temple is dedicated to Goddess Kamakhya and is one of the 51 Shakti Peeths. The temple complex is made up of many individual temples, each representing one of Saktism's ten Mahavidyas. Aside from Tantric worshipers, the temple attracts throngs of Hindu pilgrims from all over the country.

The Kamakhya temple was built in the eighth century and was rebuilt several times by different kings of the Ahom and Koch dynasties until the 17th century. Devotees at the temple worship the Yoni (vulva) of Goddess Sati rather than an idol. Goddess Sati once went to her father's house to participate in an auspicious ceremony, but her father Daksha insulted and spoke ill of Lord Shiva, according to mythology. The Goddess, unable to bear the insult, immolated herself. Lord Shiva was so enraged by this that he took the mortal remains of the goddess and began performing Tandav; during this time, wherever the parts of the Goddess's body fell became known as Shakti Peethas. Kamakhya Temple is one such Shaktipeeth where the genitals of the goddess fell. 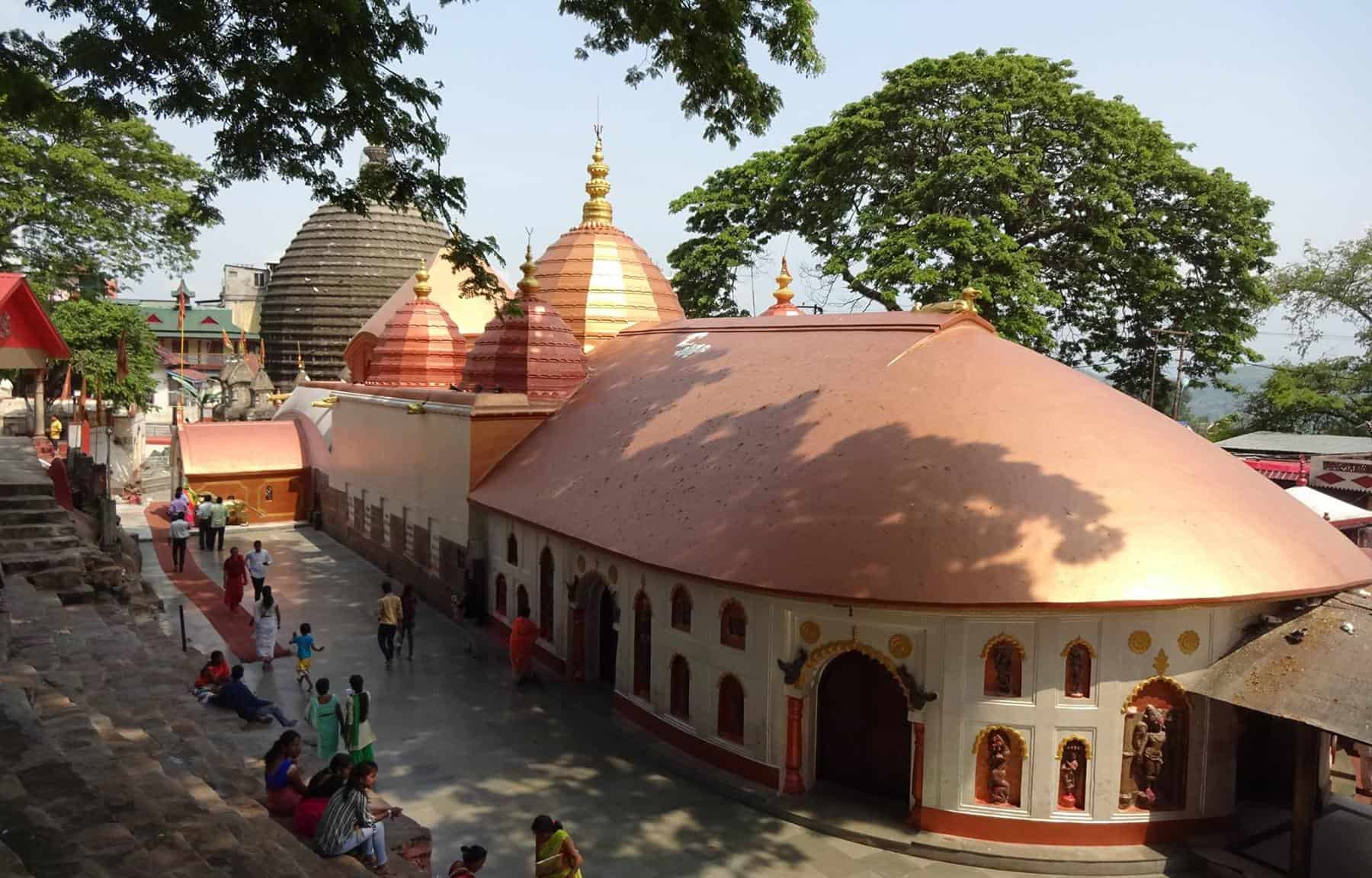 According to legend, Brahma's supreme creative power was challenged by Shakti, the mother Goddess, and after that, Brahma could only create with the blessings of the Yoni as the sole creative principle. After much penance, Brahma summoned a luminous body of light from space and placed it within the Yoni circle, which the Goddess had created and had placed at Kamarupa.

Kanya Poojan and Bhandara are performed here to grant the wishes. In addition, animals are sacrificed here. After Kali and Tripura Sundari Devi, Kamakhya Mata is the most important Tantrik Devi. Kamakhya Devi is revered as Bhagwan Shiva's new bride, the one who accepts liberation and fulfils all desires. Every devotee who comes to the temple grounds with a wish is granted. An idol of the mata can be found in a temple adjacent to this one. It is known as the Kamadeva Temple. It is also believed that the tantriks in this area are capable of repelling evil forces. Many people come to Kamakhya to fulfil their desires for marriage, children, wealth, and other things.

Worship of the Goddess:

Furthermore, the religion of the Kirats is the trace of the religion of Kamakhya, according to the Yogini Tantra. According to BanikantaKakri, the Garo people even sacrificed pigs in Kamakhya. The same practise has been observed among Naranarayana priests. However, the debate surrounding the mystery of the religious trace remains unresolved. According to both Dakshinachar and Bamachar, goddess Kamakhya is worshipped. Generally, flowers are used in worship, but sacrifices are occasionally performed at Kamakhya Devi Temple. Female animal sacrifices are also prohibited, and many other animal sacrifices are prohibited in this ritual.

The Ambubachi Mela is the most famous festival here; every year during the Ambubachi Mela, the water of the nearby Brahmaputra turns red for three days. Devi Kamakhya's menstruation causes the water to turn red. After three days, a large crowd of devotees throngs the temple for darshan. 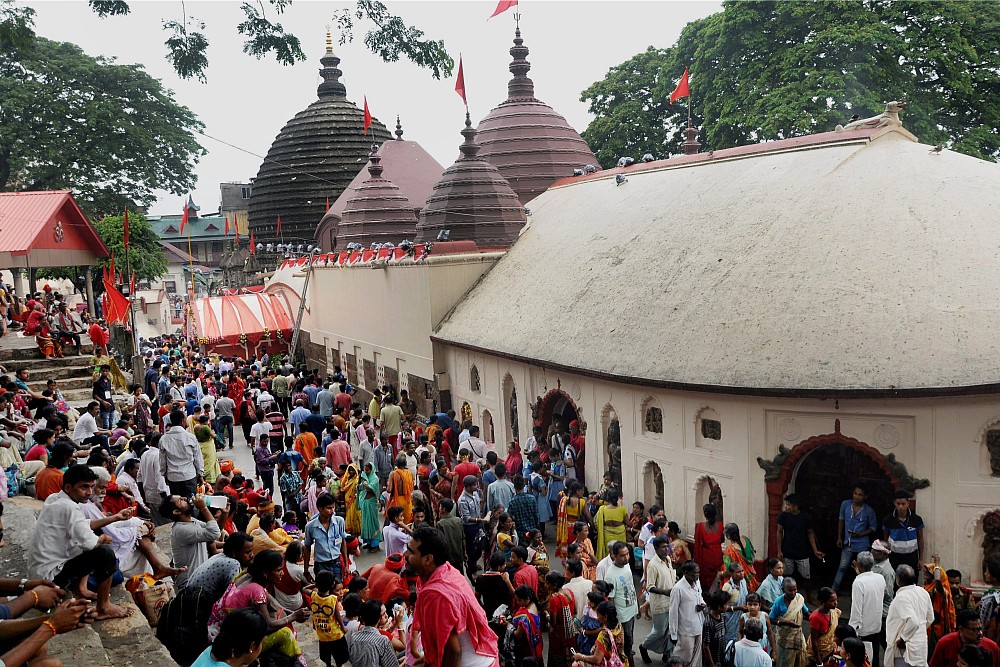 In the temple, devotees are given strange prasad. In contrast to other Shakti Peethas, red coloured wet cloth is served as prasad at the Kamakhya Devi temple. A white cloth is said to be spread inside the temple when the mata is menstruating for three days. When the temple doors are opened after three days, the cloth is soaked in red colour from the raj of the mata. This cloth is called Ambubachi cloth. This is given to the devotees as prasad.

The closest airport to Kamakhya temple is Guwahati International Airport. The temple is nearly 20 kilometres from the airport, and the quickest way to get there is via NH17 and Assam Trunk Road. To get to the temple, take a local bus or hire a taxi from the airport.

National and state highways in the country's northeast are well maintained and run alongside farms, villages, and lush green landscapes worth photographing. If you enjoy road trips, you can drive to Guwahati or reserve a seat on a tourist bus.

Guwahati and Kamakhya railway stations are the two closest railheads to the temple. After disembarking from the train, you can take a local taxi or bus to your destination.