Hindu gods are worshiped at this temple. Lord Khandoba is the main deity of this Temple. Khanderao, Khanderava, Malhari, Martand, and Mallu Khan are other names for it. Khandoba is essentially Lord Shiva's avatar or form. Lord Khandoba is well-known among Vaishnavas as well as Jain traditions. Khandoba is one of Maharashtra's most popular deities. Jejuri in Maharashtra is the most important center of Khandoba worship, hence the location is well-known. Khadoba is a warrior monarch, and 'Kand' is a sword. 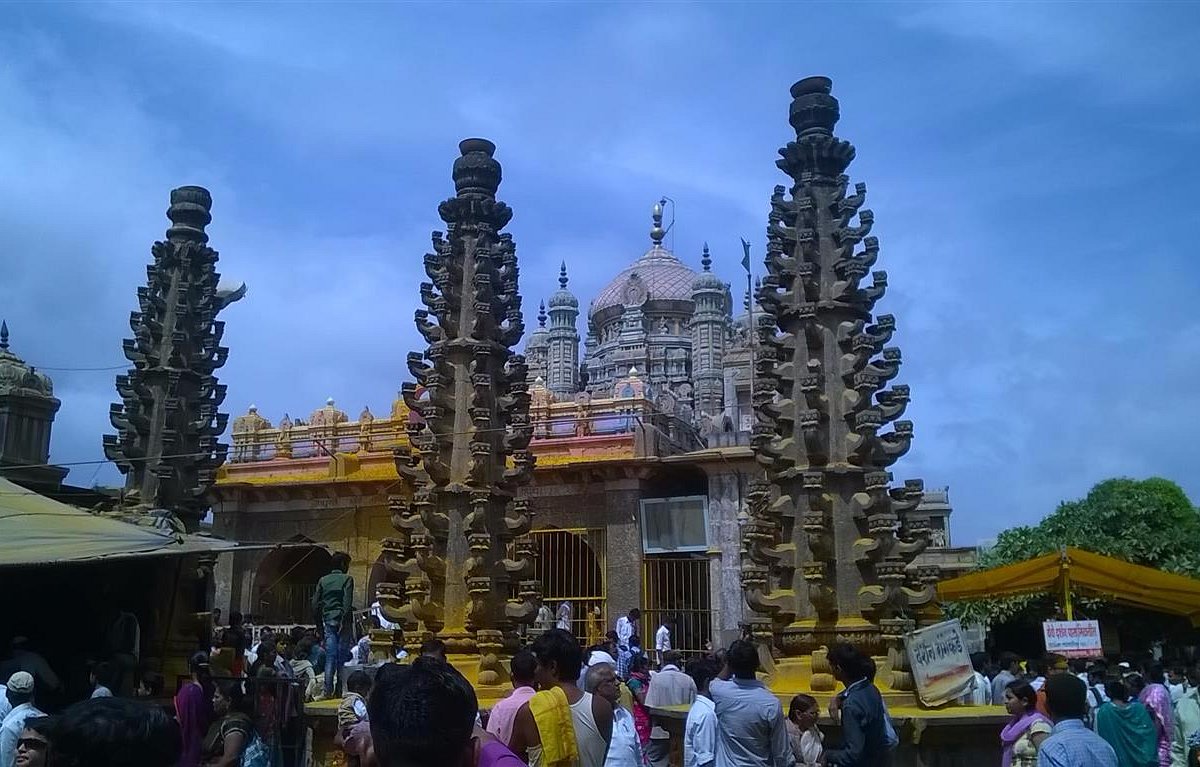 He is a benefactor deity of the agricultural caste, the Brahmins, the hunters, and the Dhangar people, who reside in the area's hills and forests. The Khandoba cult is associated with both the Jain and Muslim cultures. He is worshiped as a warrior riding a horse or bull, or as the figure of a Linga. The Jejuri temple is Maharashtra's most famous place of Khandoba devotion.

According to legend, two demons, Malla and Mani, were upsetting the Earth and worrying the sages. When Indra and Vishnu recognized their incompetence, the Sages begged Shiva for assistance. Shiva assumed the guise of Khandoba, rode Nandi (the bull), and led his army into battle against demons. His avatar is described as having a third eye with a semi-circular moon on the forehead and a turmeric-covered torso. Khandoba ultimately slew the demons after a hard battle.

Mani begged for forgiveness by immolating his white horse in front of him. He requested to be present in every temple in Khandoba and was served goat flesh by the people. Shiva fulfilled his wish and turned him into a demon. What if Khandoba called for the destruction of the earth and human flesh, Malla wondered? Khandoba became so enraged that he quickly decapitated Malla, who fell at the shrine's stairs and was crushed by the devotees' feet.

The temple was constructed around 1608 AD. Ragho Mambaji, a Maratha chieftain, finished the central mandap and other elements in 1637 AD. The Holkar emperors constructed the outer chambers and other areas. Tukoji Holkar assisted in the completion of the tank and battlefield around 1770 AD.

Because the temple is on a hill, there are about 200 stairs to ascend. However, the ascent is not difficult, and the view over Jejuri town is breathtaking. If the weather permits, one may see Saswad and Dive Ghat. 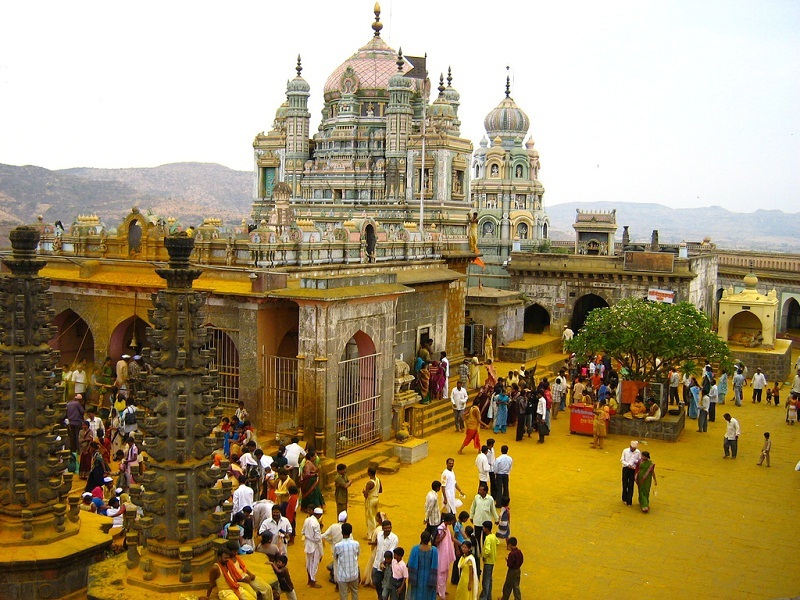 You may appreciate the panoramic magnificent view of the surroundings while climbing these steps. You may also stop here to photograph some wonderful moments. If the weather is clear, you can also see the 'Saswad' and the 'Dive Ghat'. On the way, you may also see the famous 'Deep Mala,' also known as 'Light Stands of Stones,' which are extremely basic but lovely. The temple and the idols housed within it are all wonderfully sculpted and one-of-a-kind.

The temple priests worship Khandoba using Indian Bael leaves, turmeric, onion, and other vegetables. They also provide a delicious onion and brinjal dish. As Naivedya, he is served a vegetarian meal. Despite this, his followers regard him as a non-vegetarian. Devotees may occasionally sacrifice goat meat. The rite is performed outside the temple since meat is not permitted inside. As a memorial to Khandoba, the temple holds a 6-day celebration in the Hindu month of Margashirsha.

Every year, in November, there is an annual fair. It is commonly referred to as Jatra. This Jatra, or fair, attracts around 40,000 worshippers from Pune and surrounding areas. Dussehra is a well-known event observed here. The competition of holding the sword for the longest period of time is conducted on this day, and it is quite popular among the people of Jejuri.

Best Time to Visit: All year and during festivals.

Khandoba Temple is located in Jejuri, Maharashtra, near Pune.

Activities to do: Daily Darshan, Rituals, and Festival Celebration