The Vaishnavas fast on the holy day of Pausha Putrada Ekadashi. According to the conventional Hindu calendar, it occurs on the "Ekadashi" (11th day) of the Shukla Paksha (the bright fortnight of the moon) of the month of "Pausha." This relates to the English calendar months of December and January. Given that this Ekadashi happens in the Hindu month of Paush, "Pausha Putrada Ekadashi," which means "provider of sons" in Hindi, is also known as "Pausha Putrada Day." The majority of couples who wish to have a boy observe this Ekadashi. On this day, Lord Vishnu is adorned with unwavering devotion and fervor. For devotees of Lord Vishnu in the Northern States of India, the Pausha Putrada Ekadashi is very fortunate. Pausha Putrada Ekadashi is also known as "Vaikunta Ekadashi," "Swargavathil Ekadashi," or "Mukkoti Ekadashi" in some parts of South India.
The word Parana implies the end of a fast. The Ekadashi Parana is completed after sunrise on the next day of the fast. Unless Dwadashi is over before daylight, Parana must be performed throughout Dwadashi Tithi. The absence of Parana within Dwadashi is like an offense. 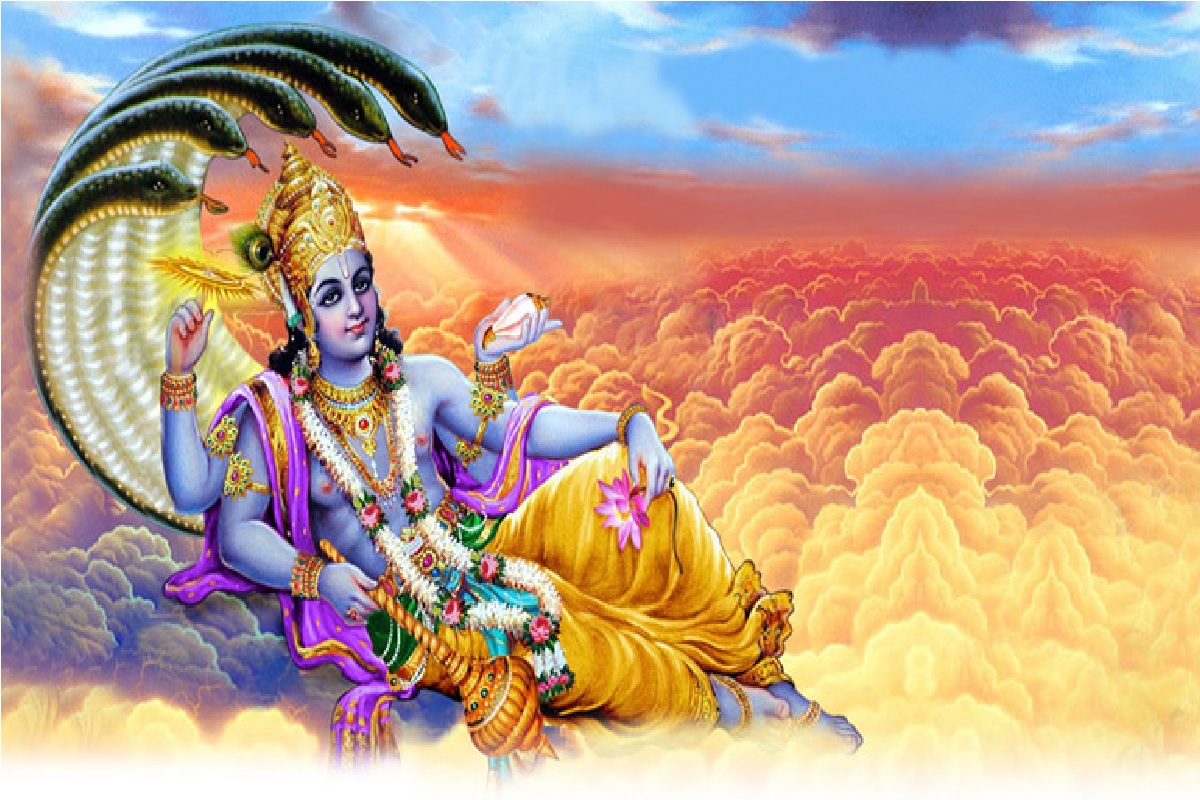 Hari Vasara is not the time to practice Parana. Before breaking the fast, one ought to wait for Hari Vasara to be finished. The first day of the fourth day of Dwadashi Tithi is called Hari Vasara. Pratahkal is the most popular time to break the fast. Breaking the fast during Madhyanha is not recommended. If for any reason during Pratahkal one is unable to break the fast, one should do so after Madhyanha.On two consecutive days during Ekadashi, fasting is occasionally advised. It is suggested that Smartha follows fasting with her family only on the first day. Sanyasis, widows, and those seeking Moksha are advised to observe the alternate Ekadashi fast, which is the second one. Smartha's alternate Ekadashi fasting recommendation falls on the same day as Vaishnava Ekadashi.

For devoted followers looking for Lord Vishnu's love and adoration, fasting on both days of Ekadashi is advised.

The pair should refrain from resting on the day of Pausha Putrada Ekadashi and maintain a "Jagran" by chanting devotional songs to Lord Vishnu. It is also thought to be lucky to recite the Vedic mantra "Vishnu Sahastranaam" and other mantras. The surrounding Lord Vishnu temples are also frequented by devotees since special pujas and bhajan kirtans are held on this day.

Pausha Putrada Ekadashi has great significance in Hindu culture because it symbolizes the birth of a son, who would take care of the parents as they age. A son is only permitted to perform the "shraddha" ceremony for his forefathers according to Hindu tradition. The purpose of this day, known as "Pausha Putrada Ekadashi," is to bless couples with male offspring. The Hindu year consists of 24 Ekadashi, each of which has a distinct purpose.

The story of Putrada Ekadashi is narrated in the Bhavishya Purana by the divinity Krishna to the king Yudhishthira. Suketuman, the king of Bhadravati, and his queen Shaibya once lamented the lack of offspring. Without someone to offer shraddha, the couple and their deceased ancestors feared that they would not be at peace when they died and would end up as lost souls. Frustrated, the king secretly left his realm and headed for the wilderness. Suketuman arrived at the ashram of some sages on the shore of Lake Manasarovar on Putrada Ekadashi after spending days traversing the forest. They were the ten divine Vishvadevas, the sages disclosed. To get a son, they recommended the king observe the Putrada Ekadashi fast. The king acquiesced and left for his realm. The king soon received the blessing of a son who grew up to be a valiant monarch.