Pongal, also known as Thai Pongal, is a multi-day Hindu harvest festival that Tamils in Sri Lanka and India observe. According to the Tamil solar calendar, it is observed at the beginning of the month, and this festival is often observed on January 14 or January 15 depending on the year's Earth's orbit around the sun. It is devoted to the sun deity Surya and correlates to Makar Sankranti, the harvest festival observed across India under a variety of regional names. Bhogi Pongal, Surya Pongal, and Mattu Pongal are the names of the festival's three days. The final day is Kaanum. 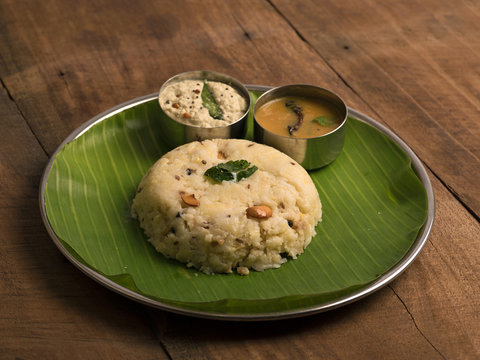 The celebration is named after a ceremonial word called "Pongal," which means "to boil, overflow," and alludes to a traditional dish made from freshly harvested rice that is boiled in milk and sweetened with jaggery (raw sugar). The Pongal dish, which symbolizes the festival, is cooked and first served to the gods and goddesses, including Surya. Mattu Pongal is a festival dedicated to Madu, a sacred cow. Cattle are given baths, have their horns polished and painted in vivid hues, and have flower garlands draped around their necks. Following the rituals, the family shares the Pongal that has been given to the cow. Processions, ritual bathing, and cow horn decoration are all part of the festive celebrations.It is customary to use this time to renew social ties by decorating artworks made of rice powder called kolams, praying at home and in temples, gathering with family and friends, and giving presents.

The festival, which is referred to as the "Dravidian Harvest festival," has a history that dates back to the Sangam Age. However, other historians assert that this celebration dates back at least 2,000 years. It was observed as Thai Niradal. Legend has it that during this festive time, single girls fasted during the Tamil month of Margazhi in order to pray for the country's agricultural prosperity. Throughout the entire month, they avoided drinking milk and other dairy items and didn't grease their hair. They strongly prohibit using aggressive language. The rite of atonement includes an early-morning ceremonial wash.

Thanking the Sun god, the natural forces, farm animals, and those who assist agriculture is the main focus of Pongal. An inscription in the Veeraraghava temple, a Vishnu-related building, mentions the Pongal festival (in Thiruvallur). The inscription, which dates from 1070 to 1122 CE and is attributed to the Chola monarch Kulottunga I, relates a land transfer to the temple for the purpose of hosting the festival of Pongal every year. Similarly to that, the celebration is eloquently described in Manikkavachakar's Thiruvempavai, a work written by Shiva bhaktas in the ninth century. But there isn't any support for celebrating Pongal in the sacred books.

Hindu mythology says that Lord Shiva once commanded Basava (Bull) to come to Earth and request that people take daily baths and oil massages. Nevertheless, Basava (Bull) declared that you should eat every day and take an oil bath once a month. As a result of Lord Shiva's rage, the Basava (Bull) was cursed to live on Earth forever and was forced to plough the fields and assist in increasing food production. People celebrate this event with their harvested crops and livestock. The meal, which is prepared in a courtyard or porch in the sunshine in homage to Surya, the Sun God, is served. On Pongal day, family and friends are welcomed and the traditional greeting is "has the rice boiled." 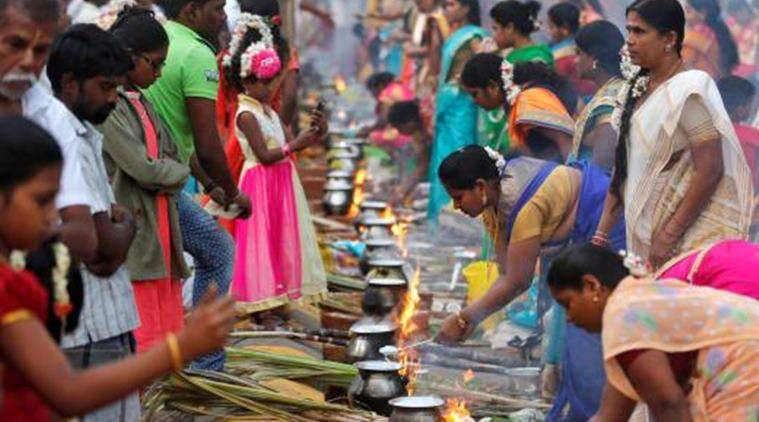 The making of the traditional "Pongal" dish is the most important holiday ritual. It is created by boiling freshly harvested rice with milk and raw cane sugar (jaggery). Occasionally, further ingredients are added to the sweet dish, including cardamom, raisins, split green gramme, and cashew nuts. Ghee and coconut are additional components (clarified butter from cow milk). Some people also make savoury and salty Pongal dishes in addition to the sweet variety (Ven Pongal). In some neighbourhoods, ladies gather in front of their homes or in front of their preferred temples with their cooking pots to prepare meals together as a social activity. 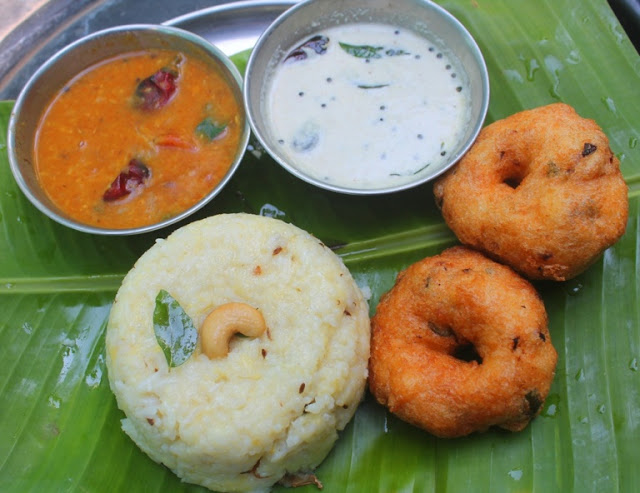 Cooking is done in a clay pot that is frequently decorated with flowers or leaves, occasionally wrapped with a piece of turmeric root, or inscribed with the kolam pattern art. It is either prepared at home or at public events held in places like temples or rural parks. It is the traditional dish served as part of numerous other seasonal food-based courses for everyone in attendance. The gods and goddesses typically served it first, then perhaps cows, and then to the gathering of friends and relatives. Communities and temples provide complimentary meals provided by volunteers to all attendees.

This festival is celebrated all over India. It is witnessed over a period of four days.
The four days of the festival are given below.

Bhogi, the first day of Pongal, is so named. It is a day when cleaning and getting rid of old things are done to symbolise a new beginning. In the spirit of the holiday, people don new attire and adorn their homes.

The primary Pongal celebration is held on the second day, which is known as Surya Pongal. This day is dedicated to the Sun God. At the entryway to one's home, kolam, colourful beautiful floor patterns are drawn, and each household cooks a pot of fresh rice with milk at auspicious times. Family members joyfully exclaim "Pongalo Pongal" as the milk freely boils over the pot. Following the offering of the Pongal to the Sun God, they would gorge themselves on a variety of foods made specifically for the occasion.

Maatu Pongal, the third day of Pongal, is so named. This day is dedicated to honouring and worshipping cattle (Maatu) in remembrance of the job they perform by cultivating the soil. Cows are bathed and decorated with bells, garlands of flowers, and beads in various colours. In Singapore, cows at a few Indian-owned dairy farms would receive thanksgiving prayers.

The fourth Pongal day is known as Kaanum Pongal. On this day, the neighbourhood and fostering links are valued. Families assemble to share a lavish lunch. Younger members of the family ask the elders for their blessings. Additionally, it is a day for performing traditional Indian folk dances.

Pongal, also known as Thai Pongal, is a Tamil Nadu event that dates back at least a thousand years. It is essentially a harvest festival that is observed as a form of adoration to the Sun God and Lord Indra for having granted the necessary showers and sunshine that allowed the people to reap a bountiful harvest. The celebration is typically observed over four days. The primary celebration is the Pongal, also known as Surya Pongal, which takes place on the first day of the Tamil month "Thai" (hence the name Thai Pongal), which most frequently falls on the 14th of January. It falls on the same day as Makar Sankranti, which is usually observed in the majority of other regions of India. Some groups of people, including Brahmins, refer to this holiday as Sankranti in Tamil Nadu as well.

The four-day Pongal holiday has no discernible religious overtones. Even if the purpose is to worship the Sun God, it cannot be categorised as a festival held by a group of people who identify the Sun as their primary deity. Since it is not absolutely religious, there are no precise rituals for worship, mantra chanting, (fasting), or visiting temples and performing special rituals. Despite being a harvest celebration, everyone of all social classes, castes, and vocations participates in it.

Sakkarai Pongal is the main course, and sugarcane is chewed as freely and wildly as one's teeth will allow. It is more of a celebration and time for giving thanks. From one place to another and from one class to another, celebration methods and customs may differ in a number of ways. The 4-day format is, however, virtually always used. For the Pongal holiday, most villages purchase new clothing for every member of the family, however, this practise has all but disappeared among urban dwellers. The conclusion of the preceding harvesting season is actually signalled by the pongal season. By November or December, rice harvesting is typically complete. Sugarcane harvesting typically begins in January, and the Pongal festival gives sugar cane a prominent place. The main component in making Sakkarai Pongal is jaggery derived from sugarcane. During this time, tuber plants including sweet potato, ginger, turmeric, and chembu (taro root) produce their harvest. This season also sees an abundance of common rural vegetables like avarai, bananas, pumpkins, etc., opening the door for spectacular feasts.

Any festival is incomplete without food.The same goes for Pongal as well. The delicacies are as follows: