Hindu snake goddess Manasa is mostly revered in Bengal, Bihar, Jharkhand, Lower Assam, and other northeastern Indian states, as well as in Uttarakhand, primarily for fertility and prosperity as well as the prevention and treatment of snakebites. Manasa, the queen of the Nagas (serpents) and the spouse of the wise Jaratkaru, is the sister of Shesha and Vasuki. Additionally, she is the mother of the wise Astika. She is also referred to as Padmavati, Nity, and Vishahari (the destroyer of poison). 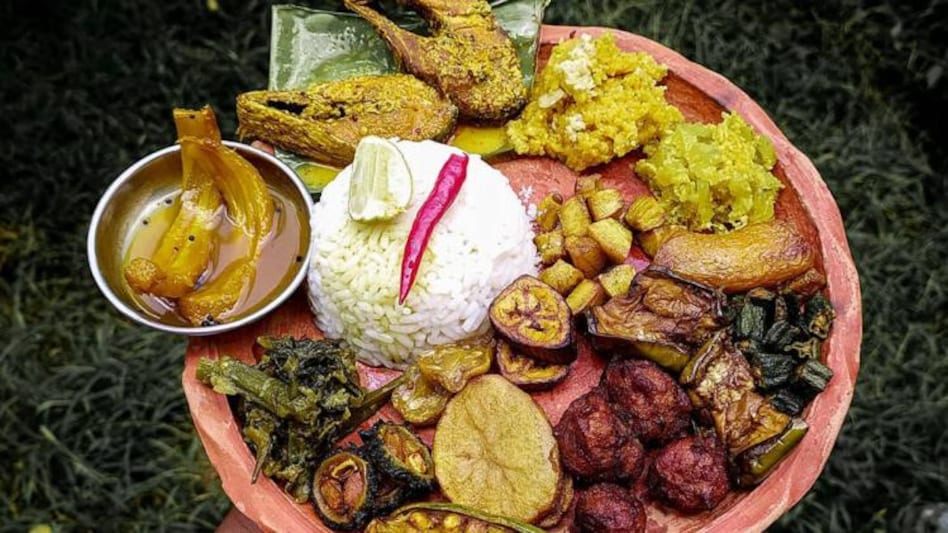 The rejection she experienced from her husband and father, as well as Chandi (Shiva's wife, who in this context is referred to as Parvati), are emphasised in her mythology as being the causes of her bad temper and misery. Some texts claim that Kashyapa, a sage, rather than Shiva, is the woman's father. Manasa is portrayed as sympathetic to her followers but stern with those who choose not to worship her. Manasa's goal was to establish her authority as a goddess fully and to win devoted human followers because she was denied the entire godhead due to her mixed parentage.

Manasa's marriage is described in the Mahabharata. Sage Jagatkru engaged in strict penance and had made the decision not to be married. He once came across a bunch of men who were upside-down and hanging from a tree. These individuals were his ancestors, condemned to misery since their offspring failed to carry out their final rites. Therefore, they gave Jagatkaru advice to have a wedding and have a son who could relieve them of their suffering by conducting the rituals. Vasuki extended Jagatkaru his sister Manasa's hand. Astika, the son of Manasa, set his ancestors free. When King Janamejaya decided to eliminate the Naga race by sacrificing them in his Yajna, or fire offering, Astika also aided in preserving them from extinction.

The first texts to mention her birth are the Puranas. Instead of Shiva as stated in the later Mangalkavyas, they claim that the sage Kashyapa is her father. When snakes and other reptiles had wreaked havoc on Earth, Kashyapa once conjured the goddess Manasa in his imagination (mana). She is the patron goddess of snakes and reptiles, created by the creator god Brahma. By using the force of the mantras she recited, Manasa took control of the ground. Then Manasa praised the god Shiva, who instructed her to honour the god Krishna. Satisfied, Krishna bestowed upon her divine Siddhi powers and ritually worshipped her, establishing her as a deity. Jaratkaru, a sage who consented to marry Manasa on the condition that he would divorce her if she defied him, was wed by Kashyapa. When Manasa once woke Jaratkaru, he grew irate with her because she woke him too late for worship, and he briefly abandoned her.

The Mangalkavyas were devotional hymns written in Bengal between the 13th and 18th centuries in praise of regional deities like Manasa. The origin and stories of the goddess are traced in the Manasa Mangalkavya by Vijay Gupta and the Manasa Vijaya (1495) by Bipradas Pipilai. These, however, go further from Puranaic allusions, perhaps as a result of artistic licence being used.

There are believed to be at least fifteen Mangalkavyas devoted to Manasa. D. C. Sen, a scholar, tracked 51 different iterations of her story. According to Manasa Vijaya, Manasa was created when the Shiva seed touched a statue of a maiden that Vasuki's mother had fashioned. Manasa was given the charge of poison that was created when King Prithu milked the Earth like a cow by Vasuki, who also welcomed her as his sister. Shiva was drawn to Manasa when he first saw her, but she persuaded him that he was her father. Shiva brought Manasa to his house, where Chandi, his wife, insulted Manasa and burned one of her eyes, leaving Manasa partially blind. Chandi believed Manasa to be Shiva's concubine or co-wife. Later, Manasa saved Shiva from poison's death. Manasa once used her poisoned eye to knock Chandi out of her senses after she kicked her. Shiva eventually abandoned Manasa under a tree after growing weary of their arguments, but not before creating Neto or Neta from his regretful tears as a friend for her.

Later, Chandi spoiled Manasa's wedding night before the wise Jaratkaru married him. Chandi suggested that Manasa wear snake-related jewellery before throwing a frog into the bridal room, causing the snakes to slither about the space. Jaratkaru was so afraid that he bolted from the house. After a short while, he returned, and their son Astika was born. Manasa descended to earth with her advisor Neto to visit her devotees among humans. The populace initially made fun of her, but Manasa eventually made them worship her by sending disaster her way. She succeeded in converting many from various walks of life, including Muslim king Hasan, although Chand Sadagar was unconverted. Like Lakshmi or Saraswati, Manasa desired to become a deity. She had to win Chand Sadagar's adoration in order to go there because he was very adamant about not worshipping Manasa and had taken an oath to that effect. Manasa killed each of his six boys one by one in order to increase his anxiety and uncertainty. Finally, Manasa plotted to have two in love dancers from the Indra's Court, Anirudha and Usha, killed. Chand and Sanaka's seventh son, Lakhinder, had to be born before Anirudh. Usha married Behula after assuming his identity. Manasa killed him, but Behula remained on the river for nine months with her husband's body and eventually brought back Chand's lost fortune as well as the lives of his seven sons. He finally gave in, without even looking at the goddess, presenting a flower to her with his left hand. Manasa was so delighted by this act that she revived all of Chand's sons and brought back his fame and wealth. According to the Mangal kavyas, Manasa worship became widely accepted as a result.

Manasa Mangalkavya ascribes Manasa's struggles to draw followers to an unfair curse she placed on Chand in his former existence. Chand responded by counter-cursing that until he also worshipped her, her worship would not be well-liked on earth. 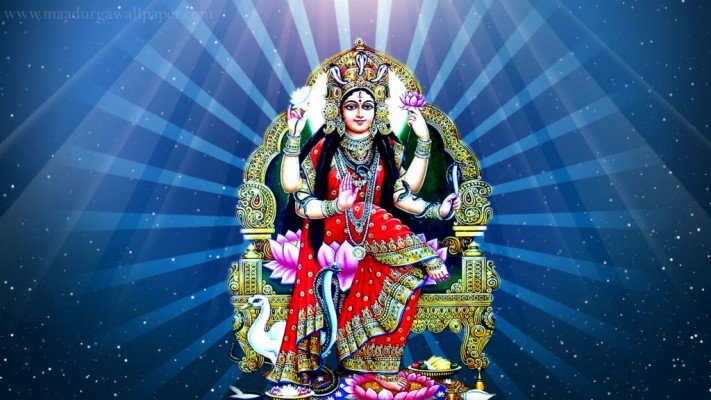 Sister Nivedita and Ananda K. Coomaraswamy assert, "The battle between the worship of Shiva and that of female local deities in Bengal is reflected in [the] mythology of [Chand Sadagar and] Manas Dev, which must be as old as the Mycenean strata in Asiatic society. Later, Manas or Padma was acknowledged as a manifestation of Shakti, and Shaivas accepted her worship. She is a manifestation of the mother divinity, who is more familiar and beloved to many followers than the far and impersonal Shiva ".

Manasa is typically worshipped without an image. The goddess is worshipped in the form of a tree branch, an earthen pot, or an image of a snake made of earth, however, Manasa representations are also revered. She is revered for both her ability to ward off snake bites and heal contagious illnesses like chicken pox and smallpox. In Bengal, where Manasa is ritually worshipped in temples, has the largest Manasa following. The rainy season, when snakes are most active, is when the goddess is most commonly worshipped. Manasa is also revered as a fertility goddess, especially by the lower classes, and her blessings are requested before marriage or in cases of infertility. In Bengal, she is frequently venerated alongside Neto, also known as Neta, Netidhopani, Netalasundori, and other names.

Manasa (also known as Bishohora, Bishohori, or Padmavati) is one of the most revered deities among the Rajbanshis in North Bengal, and her thaan (shrine) may be seen in the courtyard of practically every rural family. She is also revered with great pomp by the lower-caste Hindus of East Bengal (modern-day Bangladesh).
In Bengal, Manasa is a particularly revered divinity by the castes of merchants. This is due to the fact that Chando of the Manasamangal was the one who first initiated her worship, and Behula, the Manasamangal's protagonist, was a Saha clan daughter (a powerful trading community).

Manasa is the most important deity in the Anga Region, especially in Champa, Anga's capital (now Bhagalpur). It is thought that this is where the tale of Chand Saudagar and Behula began. There is a sizable Manasa temple in the city's Champanagar neighbourhood. Locals thought Chand Saudagar had his Rajbari there because of a number of artefacts and sculptures discovered nearby.In a recent excavation, "Loha- Bashor Ghor" or "Bashor Ghor," a structure made specifically for the wedding night of Lakhendar and Behula, was also discovered. The Angika Lokgatha, "Behula Bishari Lokgatha," and the local artwork Manjusha Chitrakatha are all heavily influenced by Manasa's chronicles and Behula's struggles. Every year, from August 16 to August 19, Bhagalpur blossoms like a fragrant flower to honour the marriage of Behula and to worship the neighbourhood protector Manasa. Manasa is also highly revered in Assam and Tripura, where she is the subject of a complete Oja-Pali (musical folk theatre) performance. On Nag Panchami, a festival dedicated to snake worship, which occurs in the Hindu month of Shravan, Manasa is ritually honoured (July–August). On this day, Bengali ladies observe a fast (Vrata).

What You Should Know About West Bengal's Ranna Puja (Cooking Festival):

In West Bengal, the Ranna Puja, or cooking festival, is extensively observed, typically in the rural. This celebration takes place the day before the Vishwakarma Puja. The dates of this year's ranna puja are September 17 and 18. Oshtonag, also known as the snake goddess (Ma Manasa), is revered at this event. Cleaning the kitchen, utensils, and other tools like the iron mortar and pestle, clay furnace, and grinding stone is traditionally a part of the celebration rite. The cooking process then begins, and various food items are cooked and prepared throughout the day to be eaten the following day. Food is prepared the day before the puja since people refrain from cooking on that day.

A fresh mud stove is constructed the day before the puja on which food is prepared.

Daytime preparation for cooking is followed by nighttime cooking.

The following foods are included in the meal, which is eaten cold the next day:

Rice: Boiled rice that has been left in water overnight (panta bhaat) with a slice of gandharaj lemon added for flavour.
Vegetable curry - Taro root leaves (kochu pata), coconut, and gramme seeds are used to make a mixed vegetable curry.
Five different kinds of veggie fries are made. These include snake gourd, potato, brinjal, banana, lady's finger, pumpkin, and coconut fritters.
Dal - Rice is served with a straightforward yellow dal.
Rohu and Hilsa, two types of fish, are required dishes.
Elephant apple (chalta), when cooked and put into chutney, serves as the ideal way to end a meal.

A date palm tree branch was utilised to make the spatula that is used in the kitchen. Seven leaves of the Shapla flower are used to serve the bhog to the snake goddess on the day of the puja. Around the deity, seven plates with all the food served on them are arranged in a circle. The household's family members pray once the puja is completed with all of its rites. If Ranna puja is performed correctly, the snake goddess is said to be pleased.

To know more such stories about Festivals and Puja, download the Utsav App!