Although a fast is observed on every Chaturthi, it is stated that the Sakat Chauth, which falls in the months of Magha and Pausha, is the most important. Let's learn more about Sakat Chauth and the muhurat on this auspicious day. 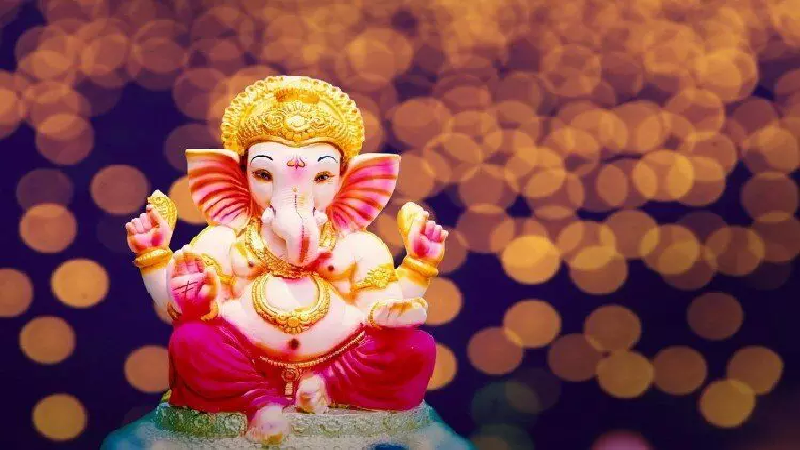 Hindu legend claims that a potter once lived in a village and produced pots. Once the pots were constructed, he used a furnace to harden them. He discovered that despite several tries, the flame was unable to harden the pots after he placed them in the furnace. He finally made a request for help to the king. The King went to Rajpurohit seeking advice and solutions to the problem. When the utensils are ready for the furnace, Rajpurohit advises the Bali of a little kid.

Following Rajpurohit's advice, the King ruled that every household was required to bring a youngster to Bali every time, and every family had to consent to this.

Days went by. After a few days, an old mother with just one son was called upon to help the woman. The old woman was unhappy that day. She was upset because she had to make a child sacrifice on Sakat Chauth that day. She was a devoted devotee of Sakat. She provided "Dub ka Beeda" and one betel nut to her son as a form of defence. When his son was being thrown into the furnace, she urged him to accept the name of the Lord.

The young child was told to go inside the furnace. An old mother started to worship Goddess Sakat when the kid was put in the furnace.

One night was given over to the kiln's preparation. The potter was shocked to see the kiln when he arrived the next morning to assess it. Along with the old woman's son, who was found to be alive and well, he also found other kids who had been asked to help prepare the kiln. Since then, everyone has started to accept the goddess Sakat's existence. For their boys' protection, women offer prayers to the goddess Sakat.

1. After having a shower in the morning, recite Ganesha Ashtottara.
2. Place the statue of Lord Ganesha on a spotless pedestal in the evening and embellish it with pretty flowers.
3. Turn on a Diya and an agarbatti in front of the idol.
4. The gods should receive fruit offerings.
5. Offer your petitions to God.
6. Present aarti to Lord Ganesha.
7. Give the Moon Arghya, Til (sesame) Ladoos, and Durva grass (offering a mixture of water and milk to the Moon). Three times are designated for Arghya: Chaturthi Tithi, Mahaganapati, and Sankashtanashan Sri Ganeshji.