Tarapith Temple | History | Importance | How to Plan a Visit

Tarapith is a Temple Town near Rampurhat in Birbhum District of West Bengal, famous for the temple of Tara Ma (তারা মা) - The Tarapith Mandir and ‘Sadhan Pith’ of Sadhak Bamakhyapa. Tarapith is also known for its Maha Smashan - the Hindu cremation grounds (where tantric rituals are performed). Tarapith derives its name from its association as the most important centre of worship for Hindu goddess Ma Tara (one of the rupas of Sati and Kali).
Tarapith is also famous for Sadhak Bamakhepa, known as the avadhuta or "mad saint", who worshipped in the temple and resided in the cremation grounds. Tarapith is regarded as one of the 51 Shakti Peeths of India where Devi Sati’s eyeball is said to have fallen. 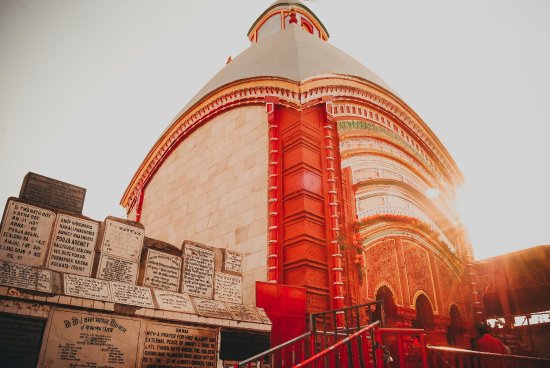 According to Hindu mythology, Sati Devi, Lord Shiva's bride, felt insulted when her father Daksha Maharaj deliberately did not invite Shiva to the great yajña "fire worship rite" he organised. Despite Shiva's refusal citing that they're not invited, when Sati however arrived at the scene, Daksha insulted Shiva by saying cuss words for him in front of all the attendants. Unable to bear this humiliation, Sati jumped into the Yagna fire and gave up her life. Lord Shiva, enraged by this occurrence, initiated the Tandava Nritya (Dance of Destruction). Lord Vishnu utilised his Sudershan chakra to cut Sati's body into multiple parts to pacify LordShiva, and thus avoided the annihilation of all creation. Sati's body parts fell all over the Indian subcontinent (India, Nepal, Bangladesh, Pakistan & Tibet). There are 51 such holy temples which are called Shakti Piths. In West Bengal, there are about 15 shakti Peeths of which Tarapith, Kalighat & Bakreshwar are few famous ones. Sati’s third eye is said to have fallen at Tarapith. The eyeball is known as 'Tara' in Bengali, which is why the village's name was changed from Chandipur to present Tarapith. 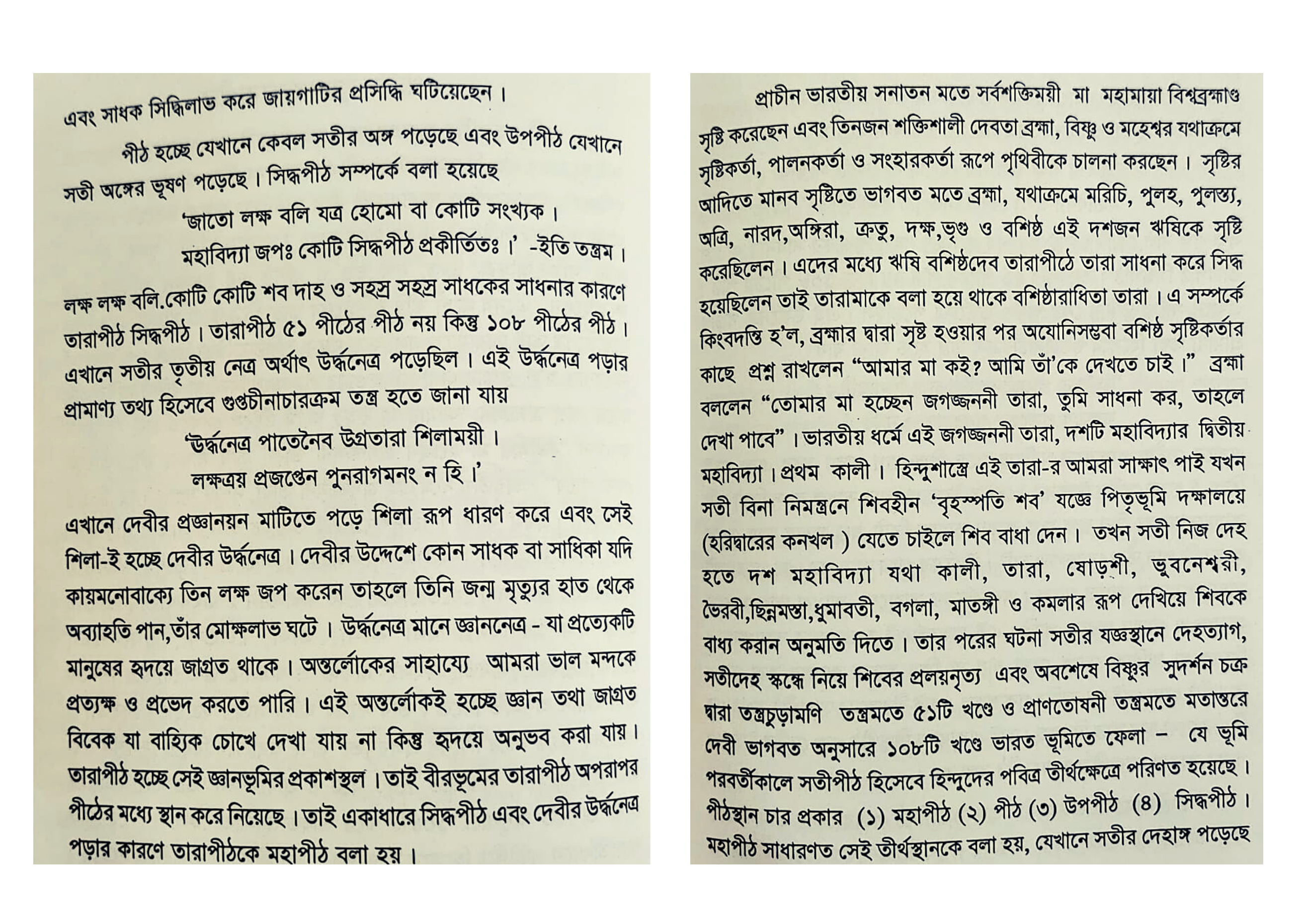 It is reported that Saint Bashistha (Vasistha) acquired divinity while meditating under a Simul tree on the banks of the river Dwaraka in ancient times. He acquired divinity by worshipping the Goddess Sati or Tara (in the guise of Kali) and sitting on tha panch mundi ashan, or the sitting area surrounded by five skulls of various animals, including a human, an owl, an elephant, a black snake, and a monkey. That Simul tree is no longer there, and the Dwaraka River has gone on. Following that, numerous saints, like Saint Bamakhyapa (19th century devotee) and Kamalakanta (18th century devotee, who penned many hymns that are still sung), came here to adore the Goddess for spiritual redemption.

Apart from being a prominent Shakti Pitha, the place is very important from the point of religious tourism. The Tara goddess is housed within the temple. It is a unique temple for a variety of reasons. Because of the adjoining cremation cemetery, this temple is rather unique, especially given its surroundings. Blood sacrifices are part of the religion here. The intense ceremonies and hymns chanted here also help to making this temple unique. The temple's foundation is composed of red brick. The sanctum has two Tara pictures. The worshippers perceive a metal image that conceals Tara's stone image. Numerous people visit the temple regularly and it is an important tourist destination.

Tarapith is said to be the best location for Tantra Sadhana and Trantrics. There are various Trantric huts and hermitages on the cremation site, which is located on the bank of the River Dwarka. Under the banyan trees, there are several mud-clad Trantric cottages with thatched roofs. The site is feared because of the red painted skulls buried in the clay walls. It is said that the goddess Tara may be seen in the shadows consuming the blood of goats sacrificed every day at her shrine to appease her wrath. Trantrics with ash coated faces are frequently observed in and around the temple.

The architecture of the Tarapith Temple, Birbhum: 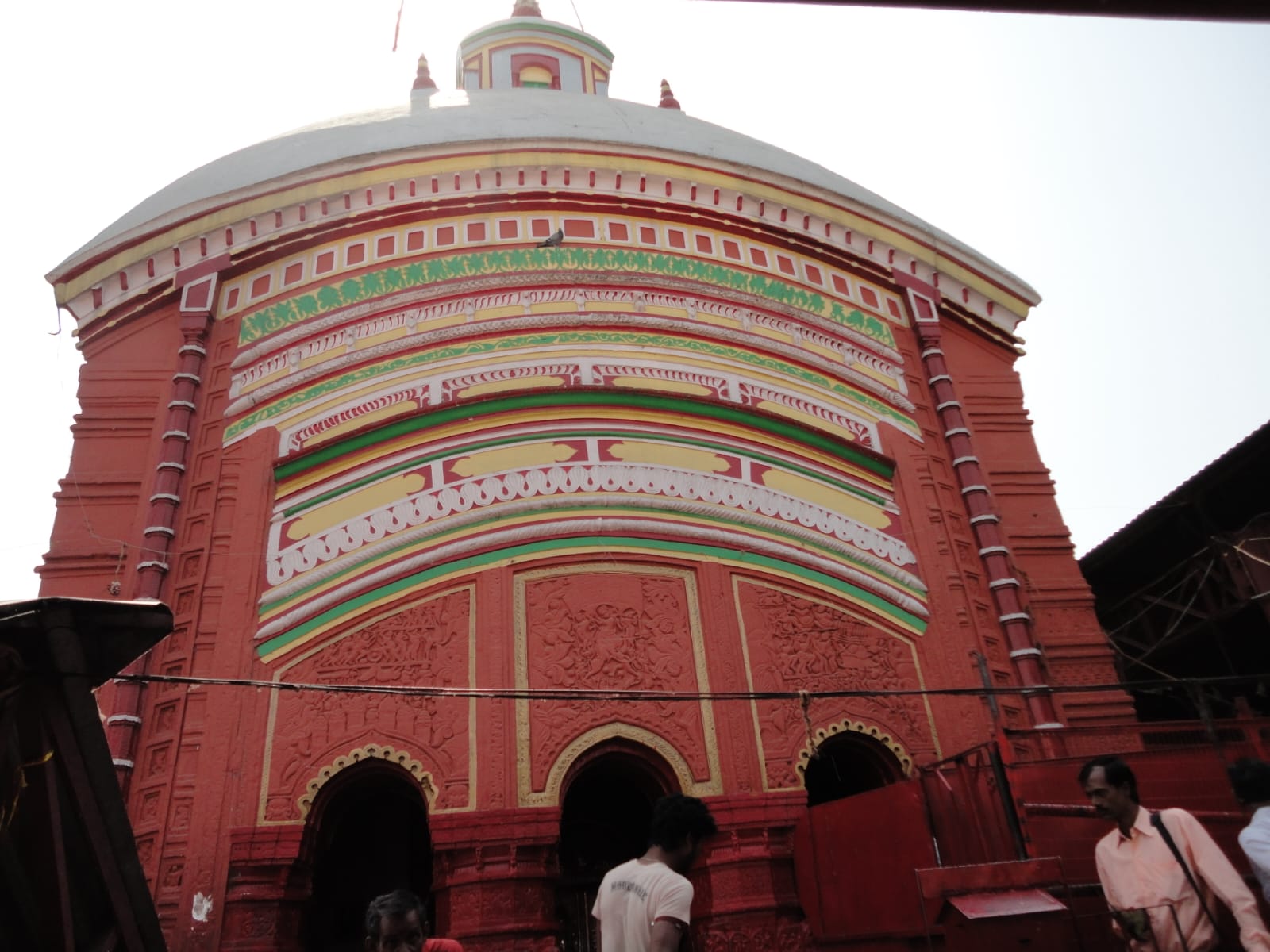 The original Tara temple has been somewhat damaged. The current Tarapith Temple was built in 1225 by one Jagannath Ray of Mallarpur village. The figure of Goddess Durga and her entire family is etched on the temple's main gate; the Kurukshetra conflict (Mahabharata) is represented on the left, while Ramayana episodes are depicted on the right. The temple has got eight roofs. The temple base is thick with thick walls, built of red brick. The superstructure has covered passages with many arches rising to the pinnacle with a spire (shikara). The image of the deity is enshrined under the eaves in the sanctum

There are two Tara images inside the Mandir. The stone image of Tara depicted as a mother suckling Shiva – the "primordial image" (seen in the inset of the fierce form of the image of Tara) is camouflaged by a three feet metal image, that the devotee normally sees. It represents Tara in her fiery form with four arms, wearing a garland of skulls and a protruding tongue. Crowned with a silver crown and with flowing hair, the outer image wrapped in a sari and decked in marigold garlands with a silver umbrella over its head. The forehead of the metal image is adorned with Red Kumkum (vermilion).

How to Plan a visit:

The ideal time to visit any location is when the weather conditions are pleasant. Tarapith may be visited during the high season of October, November, December, January, and February, or during the mild season of July, August, and September.
Tarapith is at a distance of 264 km from Kolkata. You can drive down State Highway 13 from Birbhum and reach there in an hour. Panagarh, in West Bengal, is the nearest bus stand to this temple. It is situated at a distance of 81 km from the temple. Durgapur is 82 km. The distance from rampurhat station to tarapith mandir is approximately 9.5 km and can be
There are also a few interesting attractions near tarapith. Birchandrapur, Nityanand Swami's birthplace, is 10 kilometres from Tarapith. Nityanand Swami was a close follower of Sri Chaitanya Mahaprabhu and a co-founder of the Vaishnava community. Mallarpur Shiva temple, built in 1122 AD by the Malla monarch, is another sacred gem. On the east side of the flank, the Shiva temple is encircled by 21 minor temples and a holy tank. Mallarpur is 10 kilometres from Tarpith. The 500-year-old Laxmi Temple at Ghosh Gram (Village) is 12 kilometres away from Tarapith, which was established by Kamdev Brahmacharya. The deity within the temple is said to have been created by Kamdev Bramacharya himself using a neem tree and Ganga River dirt.

Tarapith By Flight:
The nearest airport Netaji Subhas Chandra Bose airport is at Kolkata. One can avail taxi or bus services from Kolkata to reach Tarapith.
Tarapith By Train:
Rampurhat is the closest railway station. To reach the temple by train, take a direct train from Kolkata and alight at Rampurhat railway station. Tarapith temple is located at around 9Km (or 30 min driving distance) from the Rampurhat Station. There are taxis, auto rickshaws & tuktuks available that can take you to the temple.
Tarapith By Bus:
State-owned and commercial buses link Tarapith to Kolkata's Esplanade / Dharmatala bus terminal, as well as other cities in the state.
Where to Stay: There are numerous budget hotels to stay in Tarapith. A Dharamsala is available in Tarapith to stay near to the temple.

Tarapith Mandir is open throughout the year. 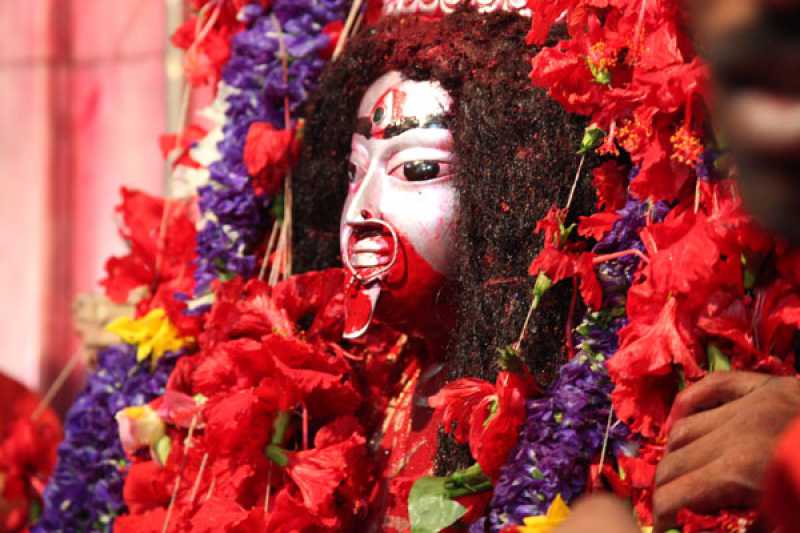