The lightning at Tara Mandir

The summer of 1265 in Bengal was scorching. As if the village will be burned to the ground. In the last few months, there hasn't been a single drop of rain. Even Kalbaishakhi did not get as cold. Birbhum is experiencing severe drought in several areas. The Tarapith region was not immune to the drought. The rainy season is in full swing, but there is no rain. All of the fields have dried up and become stripped as a result of the lack of rain. The field's seeds had dried up in the field. Farmers and ordinary villagers became agitated and terrified in that situation.
What will they eat and live on all year? Everyone panicked at this worry. With no other option, everyone approached Bamdev. He said, tearfully, that the insane father had stopped living due to a lack of rain. Due to a lack of rain, seedlings died. If it does not rain, we will starve to death. Inform Tarama that it will rain. Would we all die by fasting if we had stars? Karuna's incarnation is Bamdev. He was astounded to learn about the poor peasants and local villagers. "Don't worry," he reassured them. He entered the temple and prayed to Tarama for rain while waiting for me. He occasionally began yelling at his mother again.He became excited and stated, "You are sitting and eating." Betty and your children are dying of starvation. Everyone was taken aback by Bamdev's ferocity that day. They no longer dared to stand there. They returned home, terrified. Is it true that Baksiddha left? 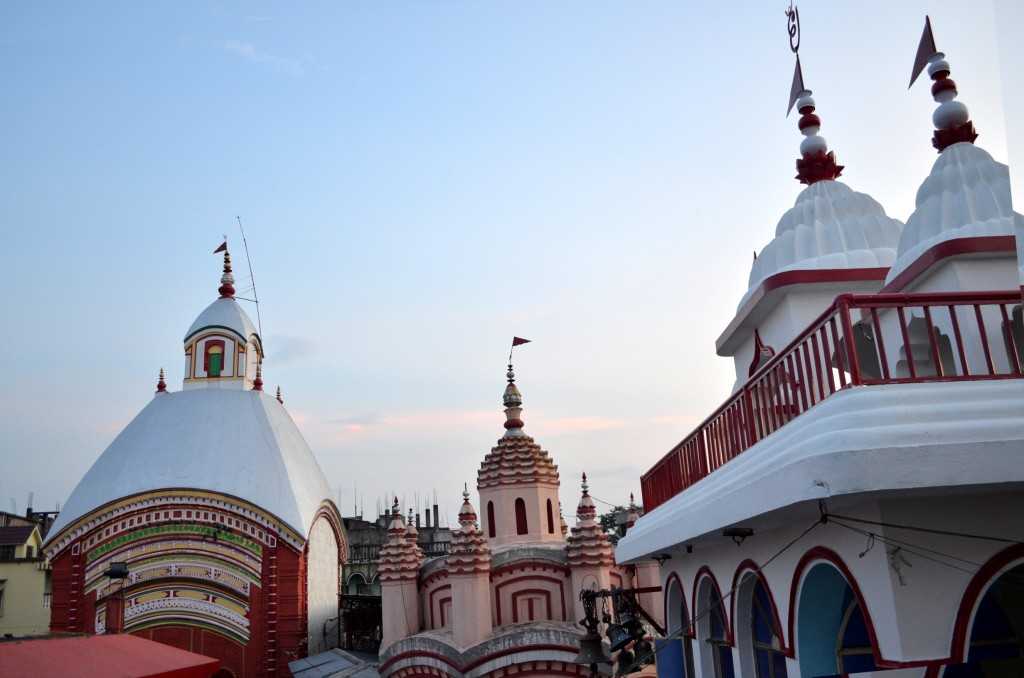 After a while, a small black cloud appeared in one of the sky's corners. It quickly spread across Tarapith's vast landscape. The storm then began to rain heavily.At the same time, a flash of lightning illuminated the entire Tarapith, and they struck the top of the mother's temple with a loud noise. Although a portion of the temple collapsed, the Taramaya idol inside the temple was unharmed. With the sound of lightning, people rushed to the temple. On the one hand, everyone is relieved because of the rain, but on the other hand, they are in excruciating pain due to the lightning in the mother's temple. They were relieved that the mother's idol had not been harmed.Meanwhile, Bamdev arrived at the temple. Everyone rushed to him in fear. Isn't Tarama angry with them, everyone wonders? When they saw the mother's serene and radiant image, they realised that the dry rain and thunderstorm were a divine pastime of Taramaya. This is the present. It's already fine. He is merely a circumstance.
He performed this pitiful leela for Taramaya's beloved son Bamdev's verbal preaching.
Joy Tara, Joy Bamdev.

Tarapith Mandir is OPEN everyday throughout the year.