Mark Twain said, “India is the cradle of the human race, the birthplace of human speech, the mother of history, the grandmother of legend and the great grandmother of tradition.” When he visited Varanasi, he said that the city looks “older than history, older than tradition, older even than legend and looks twice as old as all of them put together.”
Kashi, Varanasi or Benaras, the city that belongs to Bhagwan Shiva, has a history that dates back to thousands of years. The city has been mentioned in several scriptures including Rig Veda, Skand Mahapurana, Shiv Mahapurana, Ramayana, Mahabharata and many others. Some studies show that this magnificent city came into existence around 1200 BC. 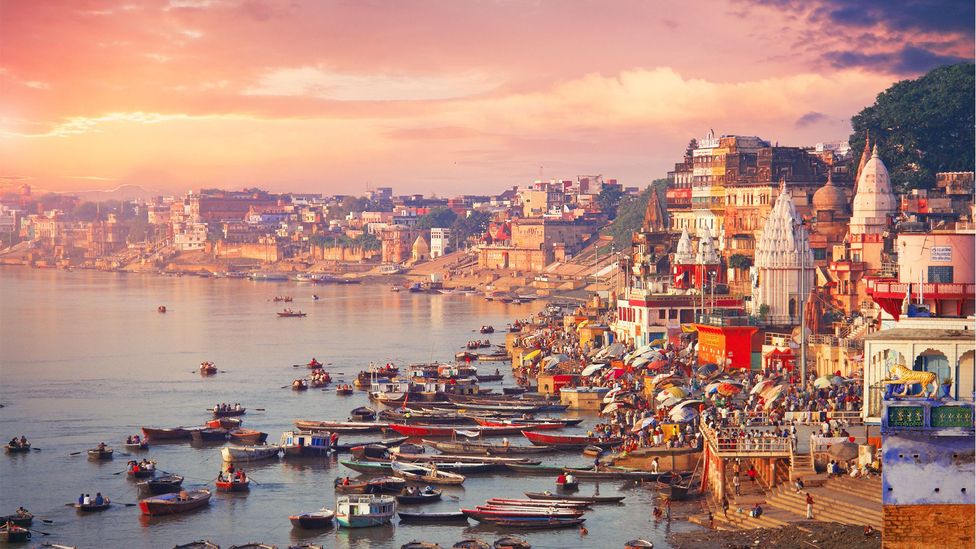 However, studies and excavations that happened in nearby sites suggest it is much older. The holy land of Varanasi, commonly referred to as Benaras, has been the ultimate pilgrimage spot for Hindus for ages. The city is regarded as the oldest living city in the world. The city is on the banks of the River Ganges. Varanasi is one of the major religious spots in India, where Hindus wish to visit at least once in their lifetime. People ardently believe that if they take a dip in the holy river of Ganga, all their sins will be washed away.

Varanasi is closely associated with Sanatan Dharma, Jainism and Buddhism. Notably, Buddha himself gave his very first sermon nearby in the deer park at Sarnath, Parshvantha, in 528 BC. The first master of the Jains was born in the town in the 8th century. Varanasi is the embodiment of heaven on earth.
Every devout Hindu wishes to tread the hallowed ‘Pankoshi Road’ at least once in their life and bathe in the same day in strict succession in the five ghats of Assi, Dashashwamedh, AdiKeshav (Varuna-Sangam), Panchganga and, finally the cremation ghat of Manikarnika.
There are over 80 ghats or embankment steps stretching four miles along the left bank of the Ganges. Varanasi is a ‘tirtha’ (bridge) connecting heaven and earth, a place where gods come to see this world and mortals move to the next. Parvati, Shiva’s wife, arrived at the City of Light with him. The town’s name is derived from the union of two rivers, the Varuna and the Assi. 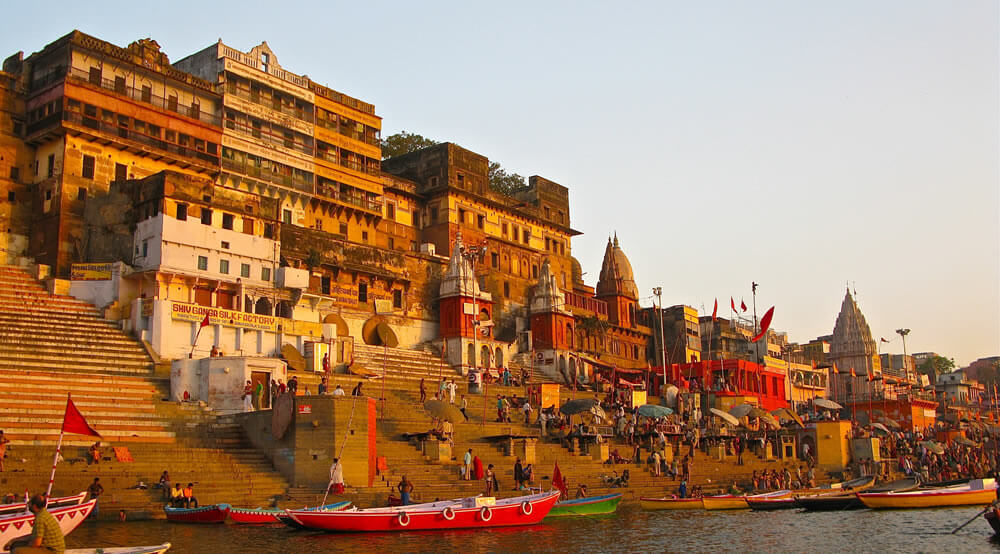 -Kilometres of ghats, sacred temples and religious bathing on the ghats of the holy river make Kashi one of the holiest places on earth. The sacred road of ‘Panchkosi’ bounds the city. Devotees walk this road and visit Kashi. People believe that one can achieve Moksha or Mukti by living his last days in the city.
-Every year thousands of people visit this holy place. Some of the main attractions in the city are Bhagwan Sankatmochan Dham, Maa Durga Temple, Baba Vishwanath temple among many others.
-The city is also associated with education and houses one of the most renowned universities in the country, the Banaras Hindu University, along with countless other educational institutes and schools.
-For almost 2,500 years, Varanasi has been the centre of Sanskrit studies. Varanasi is the birthplace of novelist Prem Chand, poet Tulsi Das, and musician Ravi Shankar. Along with silk homes, music houses may be found in every narrow lane.
-Hindu festivals like the Ganga festival, Mahashivratri, the festival of Shiva, Bharat Milap, Bhasma Holi and many others attract countless pilgrims and tourists to this holy land. Kashi also has ruins of ancient Buddhist monasteries and temples. Temples built by the Maha Bodhi Society, the Burmese, Tibetan and Chinese Buddhists abound the city.

-Along the banks, religious monks do pujas and give “prasad” to the foul water. Floating turds pass by. A goat bleats nearby, under a pipal tree. A bone is the source of contention between two dogs. Monkeys scavenge rice grains that a toothless old woman with a broom has swept towards them. Vultures swoop down from the sky. From the trees, mynah birds screech. Marbles are a game that children like to play in the evenings.

-Varanasi is a city rich in history, culture, and religion, and it is a must-see for anybody visiting India. Despite the fact that the city might overload your senses, no vacation to India is complete without a stop here. The city truly embodies the passion and beliefs of the religious side of India.
Varanasi is and will always be mystical, enchanting, and eternal. It has always captivated and drawn people from all walks of life, and it will continue to do so in the future. Race and social standing will always be irrelevant in this situation. Until the city responds to their appeal, the seekers, voyagers, and explorers of truth, knowledge, peace, and meanings will continue to wander the city’s tortuous alleys and steep ghats.
Kashi, The City of Light, is so beautiful that it inspires enlightenment, and no one leaves this spiritual city empty-handed. This is how Kashi sells itself as India’s spiritual and cultural capital.
To know more about Varanasi, check out some of the Varanasi and Ganga communities on Utsav!

Check out more Communities on Utsav and explore more of India!