Vishwakarma Jayanti is an auspicious day commemorating Lord Vishwakarma, renowned as the celestial architect. Lord Vishwakarma created all of the Hindu Gods' and Goddesses' palaces, as well as their weapons and vehicles. Every year, the Vishwakarma Puja festival commemorates Lord Vishwakarma's birth anniversary. It falls on the day of Kanya Sankramanam, which falls on the 16th or 17th of September in the Gregorian calendar. It is a holiday in the eastern industrial regions of India. Kite flying is a popular activity on this particular day. 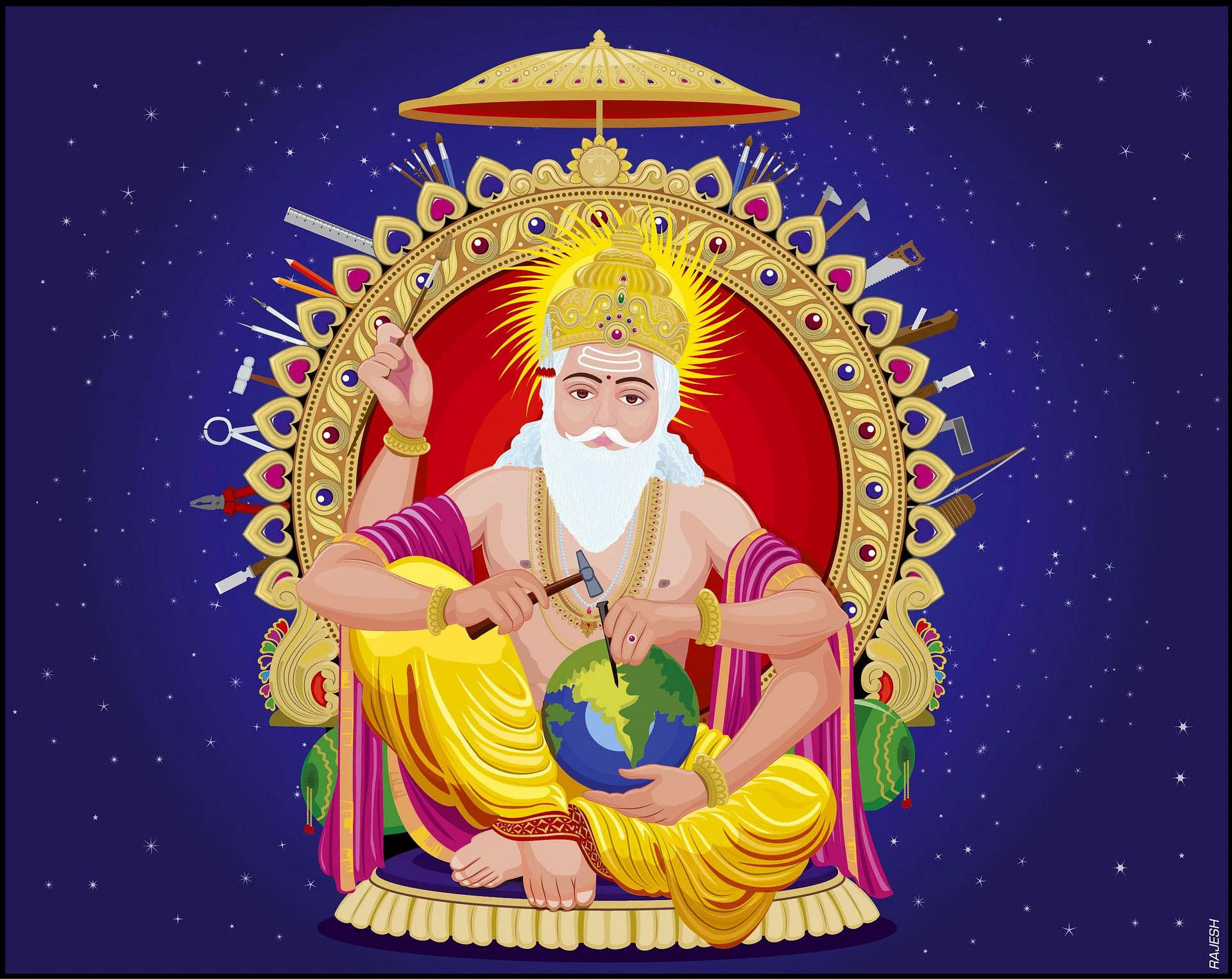 Who is Lord Vishwakarma?

Vishwakarma is known as the Divine Engineer of the World in Hindu mythology. Vishwakarma, like every other God, has a day designated as his birthday or Jayanti, which is Vishwakarma Jayanti. He existed a few days before he created the universe, as he is known as the initial creator of the planet. Vishwakarma was the father of five sons and two daughters. Mannu, Maidev, Tavashta, Shilpi, and Devagya are the names of Mannu's sons. Vishwakarma, the heavenly craftsman, is the patron deity of all artisans and architects. He is the heavenly crafter of the entire cosmos and the official builder of all the gods' palaces. He is Brahma's son.

According to ancient texts, Lord Vishwakarma's birthday is observed on the final day of the Bhadra month. In the eastern states of India, the puja is also known as Bhadra Sankranti. The same puja is also conducted in various northern Indian states a day after Diwali in the Magh month. According to legend, the ultimate architect Lord Vishwakarma was created from Samudra Manthan, the vast ocean churning one of the most meaningful events in Hindu history.

According to popular tradition, Lord Vishwakarma constructed and built heaven as well as ancient cities such as Indraprastha, Hastinapur, and Lanka. His name appears in the Rig Veda as the ultimate carpenter and the founder of Sthapatya Veda, the knowledge of architecture and mechanics. In Odisha, the Vishwakarma festival is known as Biswakarma Puja. Lord Vishwakarma's idol carries a noose, a waterpot, a craftsman's tools, and the Vedas.

Vishwakarma Jayanti has enormous religious significance for Hindus. This day commemorates God Vishwakarma, the heavenly craftsman and architect of the universe. He is also Lord Brahma's son. The Rig Veda and Sthapatya Veda, which are the sciences of architecture and mechanics, both highlight the brilliance of his efforts. Vishwakarma Puja is a very important day for the working community. On this day, they pray to Lord Vishwakarma for success in their respective areas, as well as the smooth and safe operation of the equipment. On this day, craftspeople revere their tools and desist from using them during Vishwakarma Puja. As a result, it is a holiday for them, and free lunches are provided in numerous locations.

Special prayers and pooja are done in stores, factories, offices, and workplaces on Vishwakarma Jayanti. On this day, these locations are elegantly decorated with flowers and have a joyful appearance. Devotees worship Lord Vishwakarma and His 'Vahan' (vehicle), the elephant, on this day. Lord Vishwakarma's idol is set in ornate pandals where the primary puja ceremonies are performed. These ceremonies are also observed by the workers' families. The entire vibe is upbeat and jovial. Prasad is distributed to all workers following the end of the puja. 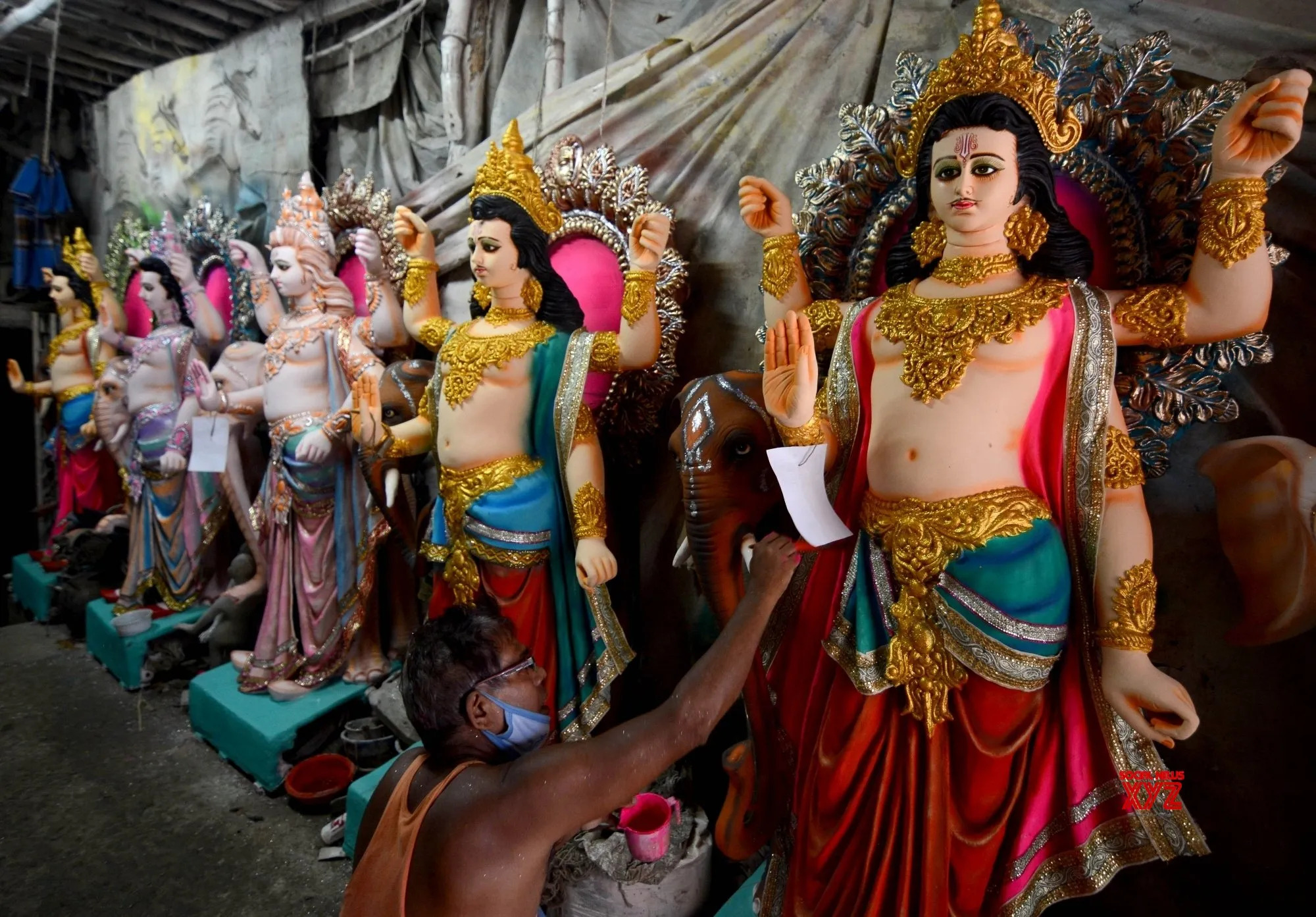 On this day, workers also worship their tools, and the workplace is closed for the day. A gourmet feast is prepared on the day of Vishwakarma Jayanti. Everyone, including the owners and workers, eats together. Kite flying is also a tradition in several areas on this day. The sky takes on the appearance of a colourful warzone, as everyone competes to cut each other's kites.